In the UK the average age of a woman experiencing natural menopause is 51 years, but can occur between 45-55 years of age. Younger women undergoing treatment or surgery which has an impact on the ovaries, such as cancer therapy or a hysterectomy, may also promote premature menopause. Hot flushes are the most commonly reported symptoms due to brain's temperature regulating system being influenced by lowering oestrogen levels. Interestingly a higher proportion of European women than Asian women experience this. Other symptoms include headaches, night sweats, insomnia and sometimes depression.

Hormone Replacement Therapy remains the most effective treatment, although this treatment has declined over the years with women seeking natural remedies such as relaxation techniques and supplements for example, Evening Primrose Oil.

There appears to be growing evidence for soya, particularly soya isoflavones, of which there are three main ones. Isoflavones are similar, but not the same, naturally active compounds to oestrogen. In Asia the diet is high in soya and reports of fewer episodes, perhaps the diet has an influence? In Europe, the average isoflavone intake is only 3mg whilst in Japan it is between 25-50mg per day.

Although some studies have been conflicting, recently, research is showing positive results with the potential role in soya and reducing hot flushes.

Women after approximately 50 years of age have a higher risk of coronary heart disease, due to an increase in ‘bad’ cholesterol (LDL). It is important that menopausal women are aware of dietary and lifestyle habits to achieve good heart health.

Consuming soya protein, where isoflavones are present, (rather than supplements) can provide additional benefits to the growing evidence of helping hot flushes; they are naturally lower in saturated fat and could help with cholesterol as part of a healthy balanced diet.

To consume enough isoflavones for this benefit, approximately 15g of soya protein a day is required, this is equivalent to 1-2 portions of soya foods and can also be used as part of a cholesterol lowering plan alongside other key foods and physical activity. Examples of foods include, soya milk (go for calcium enriched), soya yoghurt, tofu mince and soya nuts. 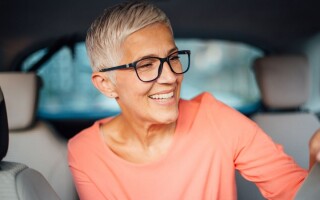 Anxiety, brain fog and mood swings are common symptoms experienced by menopausal women and I can testify that I... 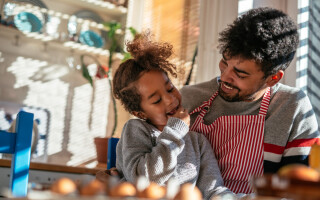 An introduction to soya foods

“But, soya doesn’t taste good...” may be your first reaction. To some people, myself included... 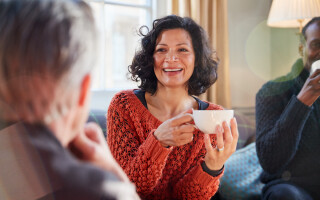 12 tips to reduce symptoms of menopause

If you want a smooth passage through menopause, it makes sense to address whatever health issues you already have...