Searching for a specific Nutritionist? Try our advanced search
Adults and elderly adults

A Mediterranean diet is key to preventing dementia

Getting Britons to eat a diet rich in fruit, vegetables and fish should be given priority in the government’s fight against dementia say health experts. A total of 11 senior doctors say that improving public health through better diets would be a stronger weapon than drugs for diseases such as dementia. 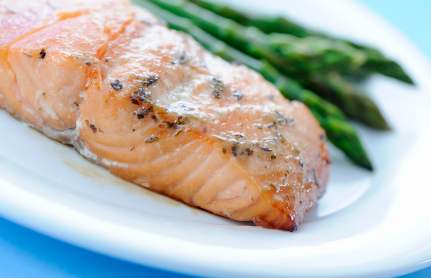 The doctor’s comments come just before a crucial summit in London where the G8 group of nations will meet and plan a new approach towards the research and treatment of disease.

Signed by experts from Britain, Italy, France, Greece and the US, the letter asks governments to invest more money in education regarding the benefits of a healthy diet and lifestyle.

At present there are no effective treatments for dementia, but experts say the protective effect of a healthy diet is being ‘largely ignored’. Dr Aseem Malhorta, cardiology registrar at Croydon University Hospital (as well as one of the letter’s signatories) said the following:

“We are not going to overcome the increasing burden of chronic diseases by prescribing more pills. The medical profession has itself been guilty of placing too much emphasis on drugs, the benefits of which are often grossly exaggerated and fuelled by a powerful pharmaceutical industry, who naturally wish to expand the use of drugs for financial gain. The evidence base for the Mediterranean diet in preventing all of the chronic diseases that are plaguing the Western world is overwhelming.”

Mediterranean diets are typically rich in fruit, vegetables and olive oil with at least two portions of fish per week and just one portion of meat and sugary foods per week (along with a moderate consumption of wine). These kinds of diets have long been thought to help people stay healthy as they age.

Studies also suggest that this style of diet reduces the risk of high blood pressure, heart disease and diabetes. Simon Capwel, a professor of clinical epidemiology at the University of Liverpool, said that poor diets cause more diseases than smoking, alcohol consumption and inactivity do combined. Certainly something for the government to think about and we will be waiting with baited breath to see how they proceed.

Find a nutritionist dealing with Adults and elderly adults