Rheumatoid Arthritis (RA) can be a debilitating and destructive condition. With RA, our immune system - whose job it is to attack and destroy invaders that could be harmful to our health (bacteria, viruses, toxins etc) - mistakenly attack’s its own body’s tissues, resulting in the chronic degeneration and ultimately deformity of joints. 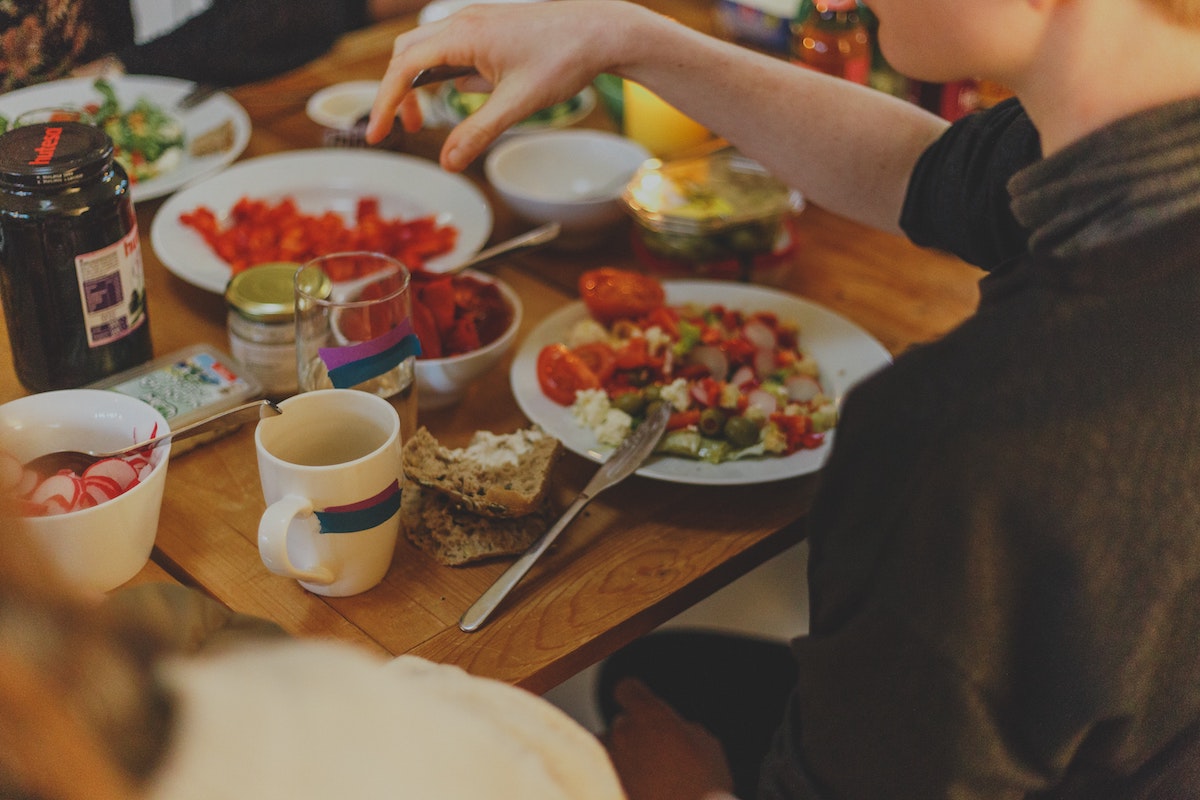 The development of RA is complex and multi-faceted with systemic inflammation at its core, leading to damage to the connective tissue that lines the inside of a joint capsule (synovium), cartilage and bone.

Picture a forest, an ancient living world of nature: the harmony of the trees, leaves glistening and basking in the summer sun and the contrast of their sleepy survival in the bleak and cold winter. Imagine the spectacular blankets of spring wildflowers, the damp loving ferns that greedily soak in the lifeblood of water from the rain, which is captured by the tree roots and distributed to its branches and leaves to sustain its growth and vitality.

In contrast, think of the foxglove with its beautiful, yet deadly spikes of vibrant flowers that provide an essential source of nectar for pollinating insects like bees and moths, which in turn are essential for life on earth and the preservation of the ecosystem in which they live. The foxglove is another vital part of the ecosystem, the poisonous plant that provides a food source for other species.

Our body can resemble the forest with obstacles that can slow disease progression, and aspects of our diet and lifestyle can encourage evolution and development

As with most autoimmune conditions, the journey to diagnosis can begin decades earlier and can be influenced by numerous environmental, lifestyle, dietary and genetic factors. We don’t just wake up one morning with Rheumatoid Arthritis, autoantibodies including Rheumatoid Factor (RF) and anti-cyclic citrullinated peptide (anti-CCP). These are antibodies that the immune system produces in response to our own body tissues and can be observed in blood tests up to 14 years prior to clinical diagnosis.

So how can we help prevent the development of RA and influence the progression of this disease, or improve our condition? We need to consider our whole ecosystem, like the forest, and recognise that as a holistic human being, changes in one aspect of our health and well-being can result in multiple effects in other interrelated or interdependent areas.

Diet plays a critical role in our own health and in disease behaviour and can act like the forest rain, delivering a plethora of nutrients to help support, restore and rebalance our normal metabolic functions. It can however, resemble a storm, upsetting the harmony and causing havoc and dis-ease throughout our entire being.

Of course, we are all unique so treatment for RA and response will vary for everyone, but there are some suggestions that have categorically shown to improve symptoms. 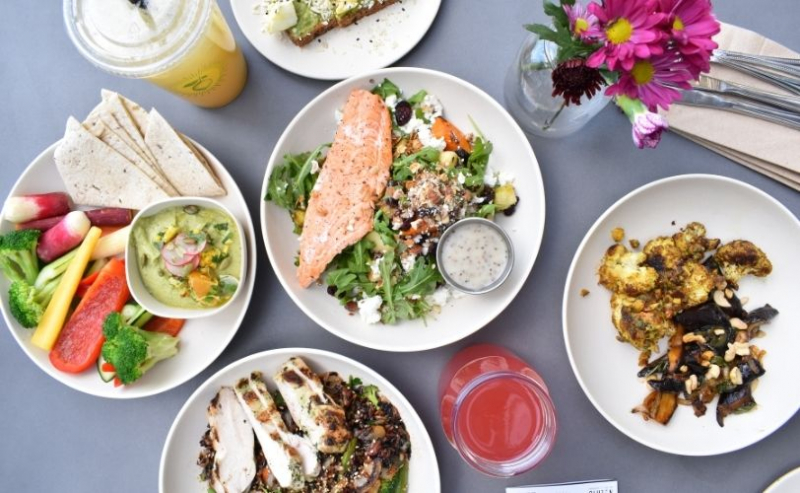 Diets should be based on fresh, wholesome foods that are in their natural state – as they are found in nature. Eating a diet that is plentiful in whole foods, vegetables and fibre and low in sugar, meat, refined carbohydrates, saturated fat and additives is shown to be protective against the condition.

RA is typically seen in cultures who consume a highly processed, inflammatory western diet, which can contribute to ongoing immune system activation. A plant-based diet composed of fruits, vegetables, some grains and legumes may alleviate painful symptoms and reduce inflammation.

Following a Mediterranean-style diet can also provide beneficial effects including reducing pain, increasing vitality and increasing the physical function of sufferers. This way of eating is considered anti-inflammatory and has shown to influence disease activity in patients.

Eating fish, blueberries and spinach has been reported to improve symptoms and long term intake of fish, and other sources of omega-3 polyunsaturated fatty acids (flaxseeds, chia seeds, walnuts, algae) are considered protective of disease development.

Eating a diverse selection of plant foods is also supportive of our gut microbiome which holds a two-way conversation with our immune system. Gut microbiota (good and bad bacteria) has an important role in the development of rheumatoid arthritis and interferences from diet and lifestyle have been shown to lead to immunological imbalances.

Be aware of potential ‘trigger’ foods

Food additives, preservatives, colourings and pesticides can increase our toxic load, affect hormonal balance and can all contribute to food-related autoimmunity. Red meat, alcohol, sugary fizzy drinks and desserts have all been reported to worsen symptoms and eating excessive processed/added sugar can increase systemic inflammation.

Overexposure to sugars is known to suppress the immune system and can suppress white blood cell function immediately after eating. This in turn can affect microbiome composition and increase gut permeability.

Proteins in cow’s milk have shown to increase inflammatory markers in the blood and studies have concluded that the pathogenesis (development) of RA correlates closely to milk specific antibodies. 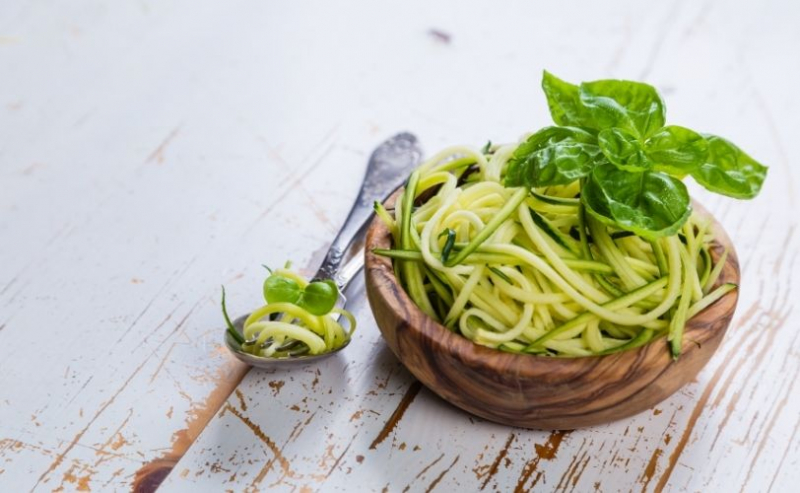 In those of us who are genetically susceptible, gluten can act like a storm raging through the forest, initiating changes in barrier integrity, activating immune responses and inflammation. As approximately 70-80% of the immune system is located in the gut, it is considered the gateway to the rest of the body. Gluten is an immunological trigger in RA and can be considered a key initiator and driver of dysimmunity.

Increased food sensitivities and reactions have been seen in many RA patients, suggesting that continuous exposure can result in adverse food reactions which may play a significant role in the development of the disease.

The most common triggers are (in descending order):

Nutrient deficiencies resemble a drought in the forest and RA sufferers have been found to be deficient in many nutrients – this may be due to decreased intake, poor absorption because of impaired gut function, or an increased need or excretion due to stress or medications.

These deficiencies can also affect energy production, which may also be implicated in the development of the disease.

Whatever your dietary preferences, the message from research and clinical studies is clear: eat more plants and ditch the processed foods, you will be supporting your own ecosystem and nourishing yourself, just like a flourishing and thriving forest.

Welcome, I'm Sarah, a registered Nutritional Therapist based in Wilmslow and Macclesfield, Cheshire and I help individuals take control of their health with diet and lifestyle. My health struggles initiated my journey to becoming a Nutritional Therapist and I am dedicated to  helping others un...