Premenstrual syndrome (PMS) was first described in the medical world in 1931. It is a common cause of physical, behavioural and social dysfunction in women of reproductive age. It occurs cyclically and recurrently, starting 1-2 weeks before the menstrual period (the luteal phase of the cycle). A characteristic of the syndrome is that all symptoms are relieved by the onset of, or during menstruation. 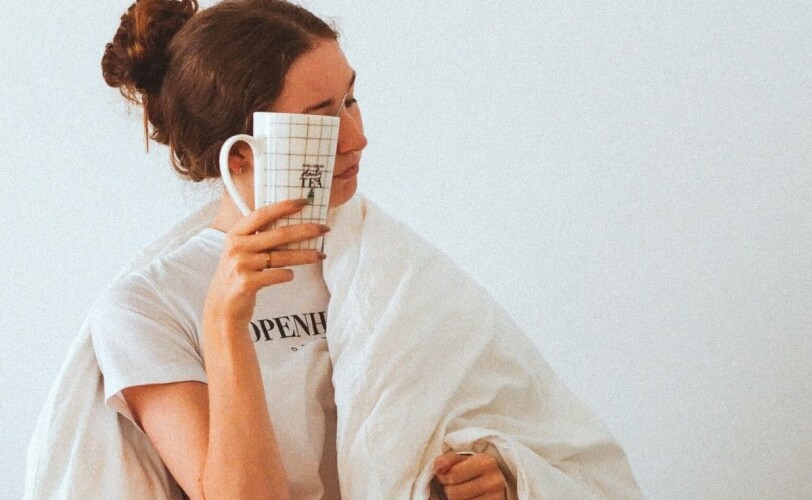 The precise cause of PMS is still unknown, and relatively little research has been undertaken on this condition. Most women experience some degree of emotional or physical symptoms, but for some 8-20% it can severely disrupt their lives to the extent that they seek medical treatment

It is thought that PMS may be caused by an increased sensitivity to circulating progesterone and its metabolites rather than abnormal concentrations of these hormones. Certain steroidal substances produced by the corpus luteum of the ovary are thought to be symptom provoking, as the cyclical symptoms disappear when a corpus luteum is not formed each month.

Symptoms of PMS vary from woman to woman and each month women can individually experience different symptoms. These include mood swings, irritability, increased appetite, carbohydrate and alcohol cravings, breast tenderness, headaches and bloating.

It is believed that having other underlying chronic diseases such as diabetes, IBS, allergies etc. can also lower the threshold for developing PMS. This also ties in with the finding that women with higher levels of inflammatory markers such as C reactive protein (CRP) have more severe premenstrual symptoms

PMS can be hard to diagnose, as many conditions can worsen during the premenstrual phase, such as allergies and even conditions such as migraine and asthma, but this in itself is not an indication that PMS is present. The only real way of identifying PMS is to keep a symptom diary. Symptoms of PMS will appear in the luteal phase and disappear as soon as a period is fully underway.

There is no single treatment universally recognised for PMS and so women often turn to diet, supplements and alternative approaches to relieve their symptoms. For women with mild to moderate symptoms, lifestyle changes and eating a healthy diet can substantially reduce if not alleviate the symptoms. For those who need further treatment, such as pharmaceutical medication, having a baseline healthy diet and keeping physically active can mean the treatment is more successful.

Establishing a good dietary base may be all that is needed to reduce symptoms to a manageable level. But dietary changes may not work immediately and it could take 3-4 months to maximise improvements.

Ensuring a portion of oily fish per week could help reduce symptoms of PMS due to its effect on reducing inflammatory markers.

Evidence is accumulating for the association of a diet rich in calcium and vitamin D and reduced symptoms of PMS: It was found that women who had high intakes of vitamin D and calcium (from food, including fortified foods) had significantly lower risk of developing PMS. These women were consuming the equivalent of about four servings of foods containing calcium and vitamin D such as milk, cheese, yoghurt, broccoli and cereals. Furthermore, the women who were at lower risk of developing PMS were consuming low fat versions of the dairy foods, such as low-fat milk and yoghurts.

A vitamin D supplement (around 10 mcg) should be taken between October and March or all year round if exposure to sunlight is limited. This is now government guidance.

In PMS, adequate thiamine (B1) and riboflavin ( B2) from the diet was found to be associated with reduced incidence of PMS (35% less in women who had adequate intake). Taking supplements of these made no difference.

Green vegetables are a good source of magnesium which women with PMS have been shown to be more likely deficient in. 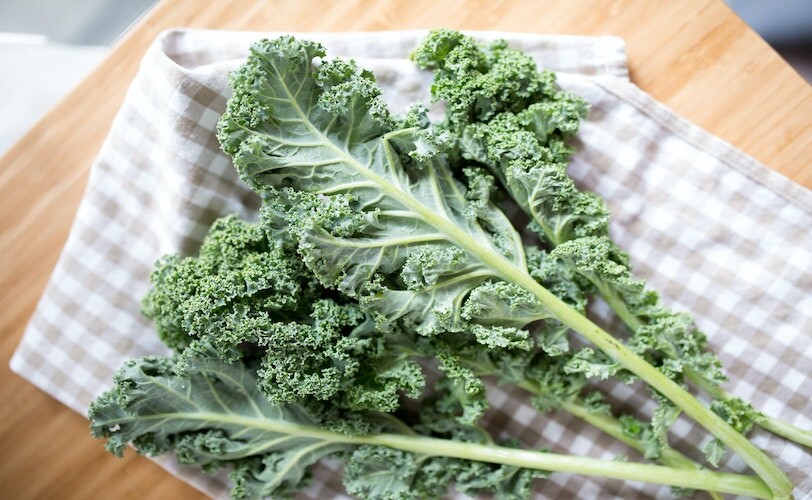 Alcoholics are known to get more PMS and this could be because alcohol can lower B vitamin stores, in particular thiamine. Even in women who are not alcoholic, alcohol can worsen PMS. It is also known that the metabolism of alcohol decreases in the luteal phase but that some PMS sufferers have an increased desire for alcohol in this phase.

A higher soya intake from food is believed to be associated with lower scores for PMS symptoms. The average amount of soya isoflavone from these foods needed to be about 20mg/day to get this effect. At this level, there was no effect on the menstrual cycle which can occur at higher doses in women who are still menstruating.

As there is an inflammatory element to PMS, a low inflammatory diet may benefit PMS sufferers. This is basically a healthy balanced diet with emphasis on being more plant based. The gut microbiome is important in helping to reduce inflammation in the body, so taking some probiotic foods daily is important along with some prebiotic foods that feed them.

Peaks and troughs in blood sugar levels can be evened out by following a low Glycaemic Index (GI) diet and thus possibly decrease symptoms such as mood swings and food cravings. A low GI approach could be followed throughout the month but it would be particularly important to follow in the luteal phase accompanied by regular meals. Some women get particularly hungry at this time of month and so some low GI snacks which are low in fat may be helpful too. Eating a low GI breakfast seems particularly important for normalising blood sugars for the rest of the day.

As well as reducing swings in blood sugar levels, a low GI diet may also be working through its action of reducing inflammatory markers, especially if obesity is present.

Many vitamins and minerals act as cofactors in the production of neurotransmitters and the metabolism of hormones such as prostaglandins. But the trials conducted on supplements for use in PMS have largely been poor and most are not gold standard randomised controlled trials of sufficient power. Where there is some evidence, it is clear that they don’t work for everybody, but it may be worth trying at the dose suggested (and no higher) for four months and then discontinued if there are no improvements. Supplements will not work if the baseline diet is poor, so that is why it is worth ensuring stage 1 and 2 are established fist before additional supplements are tried.

Calcium and vitamin D A calcium supplements (1000mg/day) along with 10 micrograms of vitamin D is useful in treating premenstrual pain and migraine and with the general behavioral symptoms associated with PMS. Calcium may also be acting via its neurotransmitter involvement and vitamin D is needed to absorb calcium.

Taking calcium supplements has recently been shown to be a risk factor for heart health and kidney stones and so may be best only taken if three to four helpings of milk or milk products (or calcium enriched alternatives) cannot be consumed.

Some older trials suggested that Vitamin B6 worked well in reducing PMS symptoms, especially if combined with magnesium, but the minimum dose required was 50mg as it was believed the vitamin was acting pharmacologically. However, no benefits were found in more recent meta-analyses and the Department of Health has advised that no more than 10mg vitamin B6 should be taken daily.

In some early double-blind placebo-controlled trials there was some reduction in PMS symptoms, in particular mood and menstrual migraine, found with magnesium supplementation, but later research has not shown this. Magnesium is a mineral which is found to be short in many UK women, especially younger women, mostly due to poor diet.

Evening Primrose Oil (EPO) used to be prescribable for breast pain which commonly occurs premenstrually, but further evidence showed it was not effective and was taken off prescription. However, some experts believed that the dose required to be effective was much higher than that which was prescribed and at the higher dose it was effective.

Long chain polyunsaturated fatty acids (LCPUFA), such as those found in fish oil supplements, may help to reduce symptoms of dysmenorrhoea; this could be due to their anti-inflammatory actions.

An isoflavone supplement was found to be beneficial in a double-blind randomised trial at a dose of 70mg/day. But the researchers recommended that further research was needed. Before menopause, such a supplement can compete with the body’s own oestrogen and reduce its effect. This can manifest itself as changing period regularity as it lengthens the follicular phase of the cycle. This is not always acceptable to women.

As with adopting a healthy diet, supplements may not work to their full potential until consistently taken for four months. If there has been no improvement in symptoms then they should be discontinued.

If underlying chronic conditions such as diabetes, anaemia, IBS and allergies are not well controlled, then this can trigger a worsening of PMS symptoms.  Excessive stress, anxiety or depression and lack of physical activity can also make PMS worse.

Carrying excess weight has recently been identified as a factor which can trigger PMS or make symptoms worse. This is believed to be because it can increase levels of inflammation. Being overweight or obese also causes leptin resistance which also may trigger PMS symptoms. Some preliminary work has implicated leptin levels may be influencing PMS; Leptin is already being considered for treatment of depression and anxiety.

There is often an increase in appetite during the luteal phase which is thought to be due to an increase in metabolic rate. But women experiencing a PMS period tend to eat more energy dense food, so may end up eating more calories than the body needs. Regular low GI meals and snacks may help keep cravings at bay.

Anecdotal ways of treating PMS abound. Furthermore, when a woman goes to her GP or specialists, the woman may be started on pharmacological agents such as SSRIs without first addressing the diet and lifestyle. Increasing levels of obesity may be increasing the incidence of PMS so measures to tackle obesity will also help reduce PMS symptoms.

More work is also needed on whether a lower GI diet, combined with weight loss if a woman is carrying excess weight, may help with symptoms. Although historically a popular area of research, supplements appear to have little effect on PMS, although ensuring an adequate intake of certain vitamins and minerals through diet may be another useful area of research.

Find a nutritionist dealing with Premenstrual syndrome (PMS or PMT) 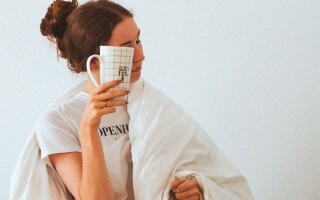 Yes, you can fight PMS with changes to your diet and lifestyle

Did you know that as many as 80% of women experience premenstrual syndrome (PMS)? Some tend to be moodier, while... 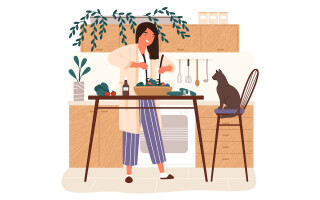 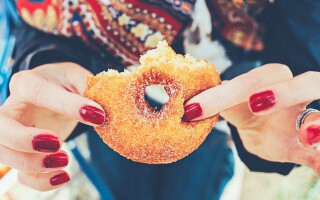 How sugar affects your period

It's common knowledge that sugar is not good for us, particularly for our waistlines and dental health, but what...