We've just had another summer of record temperatures, with hospitals seeing a marked increase in heat exhaustion cases. But it's not just warm weather that should have us considering our hydration status. You can sweat in the cold and in the pool without realising.

Sweating keeps your body temperature down to within a safe range. Long periods of intense exercise, lifting heavy weights in a hot gym, or training in warm weather are common situations that will see athletes working up a sweat so you must replace lost fluids. Without them, you'll see decreased endurance, strength, and overall performance. Severe dehydration has very serious consequences, but preventing dehydration is pretty straightforward.

How do I know if I’m dehydrated?

Symptoms of dehydration include:

When should I drink and how much?

Keeping hydrated not only involves providing the body with enough fluids to function during exercise, but also to prevent subsequent injuries and illnesses. For sessions lasting over an hour, you need to drink fluids before, during, and after exercise.

Before exercise: If you suspect that you’re dehydrated, drink 500–600ml of fluid a couple of hours before a session.

Tip: Your urine will tell you if you’re down on fluids. It should be a pale yellow colour. Dark shades indicate increased dehydration.

During exercise: Match your fluid intake to your sweat rate. The hotter you are the more you sweat, so the more fluid you need.

Tip: "Where there's sodium there's water". Add a small pinch of salt to your water bottle to help retain fluid. You sweat out sodium, so you need to keep levels of this electrolyte up as well as fluid.

After exercise: Post-exercise hydration aims to correct fluid losses. You’ll need water to restore hydration, carbs to replenish muscle energy, and electrolytes for rehydration and to keep your muscle function at maximum output. This will be important if you’re going straight into another session.

For rapid recovery, steadily drink at least 500ml of fluid for every 500g of body weight loss - just not at once, unless you are really thirsty, to avoid over-hydration.

Tip: Get on the scales, in your underwear, before a regular session and again afterwards. The difference in weight should approximate sweat and urine losses. Ensure you don't lose more than 2% of your bodyweight - that’s 2kg for a 100kg athlete.

Listen to your body

There’s no 'one size fits all' approach to hydration. For lower intensity sessions lasting under an hour, just listen to your body. There’s less likelihood of dehydration if you regularly take fluids on board. Remember that, if you’re thirsty, then your body is telling you it's already dehydrated. On the other hand, excessive fluid intake can dilute your body’s electrolytes, which help to regulate hydration and keep muscles functioning, so don’t force yourself to drink.

You’ll have seen the advertising for sports drinks. Here’s what the terms mean;

How to make a DIY isotonic sports drink

Milk as a recovery drink. Did you know?

Research from Northumbria University found that when semi-skimmed milk is drunk directly after training, it’s an effective and inexpensive alternative to commercial recovery drinks.

It rehydrates effectively, and can even help to alleviate symptoms of delayed-onset muscle soreness (DOMS). Approximately 20g of protein is needed to maximise muscle protein synthesis after exercise, and 600ml of milk hits this target while also providing about 30g of carbohydrate, helping to replenish muscle energy stores. 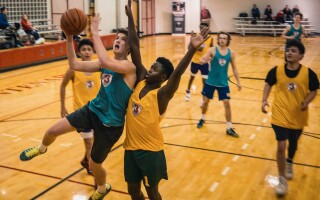 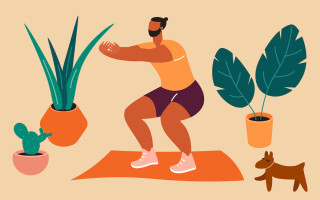 Sports nutrition refers to nutritional strategies that are put in place to aid athletic performance. This can help... 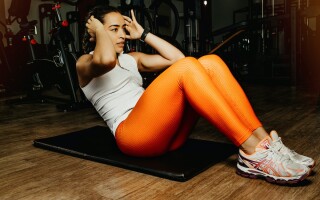