Is EBV the leading cause of Multiple Sclerosis?

Did you know that over 7000 people are diagnosed with multiple sclerosis (MS) in the UK every year? And recent estimates suggest there are 2.8 million sufferers worldwide, yet it remains unclear what the cause of MS is, and there is no effective cure currently. 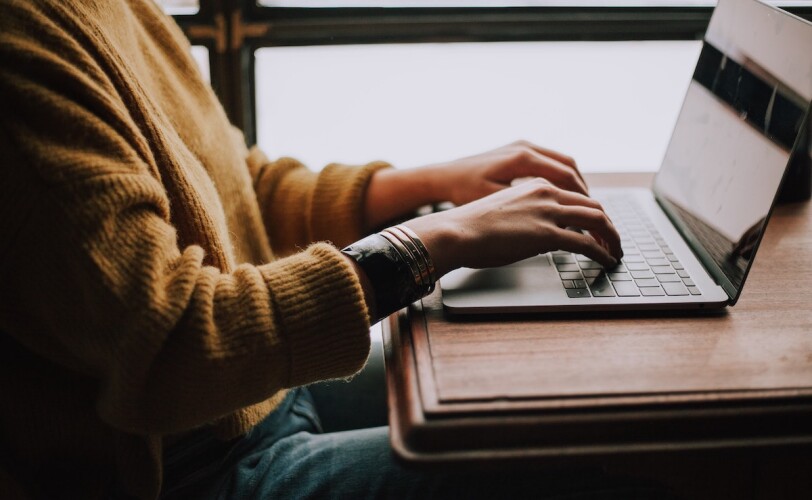 Recent media attention has surrounded a study run by the Harvard T.H Chan School of Public Health. The researcher, Bjornevik, K et al., presented data to suggest that a major cause of MS is Epstein-Barr Virus (EBV) infection.

EBV is a member of the herpes family and spreads quickly through bodily fluids, primary saliva. About 90% of people become infected at some point in their life, usually with no ill effects. Those that do show signs of EBV infection manifest the virus in the form of glandular fever typically. These initial EBV infection symptoms include fatigue, fever, sore throat and swollen lymph nodes. Notably, the virus can stay dormant for years. However, reactivation may be triggered by nutrient deficiencies, a leaky gut, stress and secondary infections.

This article will explore the research conducted by Bjornevik, K et al. (2022) and, ultimately, the role of EBV in MS.

MS is an autoimmune, chronic inflammatory disease of the central nervous system. The immune system attacks and damages the protective myelin sheaths around the neurons of the brain and spinal cord.

The damaged neurons send disrupted messages around the body, resulting in fatigue, mobility problems, numbness, depression and anxiety, bladder and bowel problems, and muscle spasms. Symptoms are often unpredictable and can worsen over time or come and go.

The cause of MS is widely unknown. Like other autoimmune diseases and neurological conditions, the pathological mechanisms underlying MS likely start several years before symptoms appear and are due to a combination of genetic and environmental factors.

What did the study tell us?

Bjornevik, K et al (2022) implemented a long term study over 20 years to test whether MS is caused by EBV infection. Samples were taken from a cohort of over 10 million young, racially diverse adults on active duty in the US military to determine the soldiers’ EBV infection status and relationship to MS onset.

After the follow up was complete, 801 cases of MS were recorded and were available to assess EBV infection status.  Only one of these individuals tested EBV negative in the last sample collected at an average of one year before MS onset.

Based on the study results, suggests EBV may be a leading cause of MS.

What were the limitations of the study?

Although a first glance at the results of the study points towards EBV being a likely cause of MS, there are limitations that call into question the conclusions made by the researchers.

Firstly, the study boasts a causal relationship between EBV infection and MS development, when in fact this is not conclusive. The scientists identified 95% of the cohort as having EBV antibodies, and therefore indicating they had been infected. That’s most of the population which indicates there is more at play than just the virus itself.

And the study fails to answer what makes this 0.008% with EBV vulnerable to developing MS. Due to the nature of autoimmune diseases, there must be other factors that contribute towards the development of MS that haven’t been explored in this literature.

Secondly, most of the participants were less than 20 years old at the time of their first blood collection, so around 30 years at the end of follow-up. Age 30 is a common time of MS diagnosis, although it can develop at any age. By excluding older participants, the researchers have failed to measure the vital effect of later stage ageing on infection-related illness.

Importantly, the study does not give a realistic view of how to prevent EBV infection. B cell depleting treatments, vaccines and antivirals targeting EBV is focused on without discussing the environmental and modifiable lifestyle factors that can protect the immune system and prevent EBV infection. It is important to understand that the treatments mentioned are not currently viable on a large scale and need further clinical trials before they can be implemented.

How can the results of the study help with future therapies?

If the results of this study are taken as true, the hypothesis that EBV infection is a leading cause of MS can be used to develop future therapies by targeting EBV. Theoretically, an EBV vaccine or specific antiviral drugs could prevent or cure MS. However, there is currently no clinical method of preventing or treating EBV infection on a large scale.

The study acknowledges anti-CD20 monoclonal antibodies as the most current, effective treatment for MS. This involves depleting circulating memory B cells which are the primary site of dormant EBV infection. There have also been studies determining the feasibility and safety of treating MS with EBV specific T cell therapy.

Further clinical trials are needed to confidently assess the above mentioned treatments,  however the results suggest that directly targeting EBV could have major advantages compared with anti CD20, and T cell-based therapies.

Is there a way to eradicate EBV naturally?

Unfortunately, there is no cure for EBV so it can not be eradicated from the population. However functional medicine can treat EBV reactivation through creating conditions within the body that prompts the virus to return to its dormant state. Treatment includes:

Toxins can escape through a leaky gut which triggers the immune system to overreact. Eating foods that promote a healthy gut reduces inflammation and overall immune burden.

This will remove any existing strain on your immune system.

By supporting your liver, kidneys and colon via supplements, staying hydrated and eating a fibre-rich diet, your body will be able to remove harmful toxins more efficiently.

Many foods including sugar, gluten, processed meat and dairy can cause inflammation within your body and trigger your immune system. Eliminating such foods and ensuring intake of vitamins and minerals will greatly boost the immune system and prevent reactivation of EBV.

Stress is a major cause of immune dysfunction and can be managed by meditation, nature, and self-care.

Not only can sleep help to reduce stress, but many repairing and detoxifying processes occur during sleep. Remember eight hours is the recommended amount required to wake up refreshed!

Overall, it is important to support your natural immunity and decrease exposure to environmental toxins and infections that make you more susceptible to developing any kind of illness, including symptoms of autoimmune diseases.

Can you test for EBV?

EBV infection can be confirmed with a blood test that highlights the presence of antibodies. However, as so many adults have been infected in the past and therefore carry the antibodies, only elevated levels can indicate reactivation of the virus.

At The Autoimmunity Nutritionist clinic, we also offer functional testing such as Cyrex Array 12 - Pathogen Associated Immune Reactivity Screen. This test is able to identify whether pathogens, such as EBV, is in a latent or chronically reacting state. If the latter, then it may be contributing to autoimmune symptoms and inflammation, and it best to work on with the interventions listed above.

It is no surprise that there is a huge active body of research into MS and its causes. There is always excitement around new evidence and its potential to lead to new effective treatments. However, it is important to remember that the development of all autoimmune diseases, including MS, is multifactorial involving both genes and the environment.

The current media attention surrounding Bjornevik, K et al (2022) is not unwarranted, however, it may be a little exaggerated. This study simply confirms what we already knew. A causal relationship between EBV infection and MS has not been undeniably proven, however, it is a step in the right direction.

In the meantime, people suffering from autoimmune diseases should focus on improving their modifiable lifestyle factors. Eating nutritious foods, regular exercise and stress reduction are the first steps to supporting immune function and reversing the ageing effects on the immune system.

If you are looking for help managing an autoimmune disease like MS or you’ve read some research on EBV infection and other causes of MS and you’re looking for clarity, why not book in with the clinic for a free discovery call and discussion.

And if you would like to join a group of like-minded women who live with strength and optimism through autoimmune disease and chronic illness, join us here.

After 25 years of suffering from multiple autoimmune conditions that affected her energy, skin, hair and joints, VJ discovered after studying immunology and Functional Medicine and training as a Nutritionist Therapist that by uncovering the root cause of her issues, she was able to transform her health, and now lives free of symptoms.