It is widely agreed that eating a healthy diet can be one of your body's first lines of defence against illness. It is understandable that many people currently, would like to know what they can do to support their body's natural defences against illness in general.

It is still early days in understanding this new coronavirus, so finding natural therapies that might help the body's natural defences against this virus specifically are limited. However, we do know that it is a virus which mainly affects the respiratory tract. We also know that it impacts the elderly and immunosuppressed most severely - ageing is one of the critical risk factors in reacting gravely to the infection. 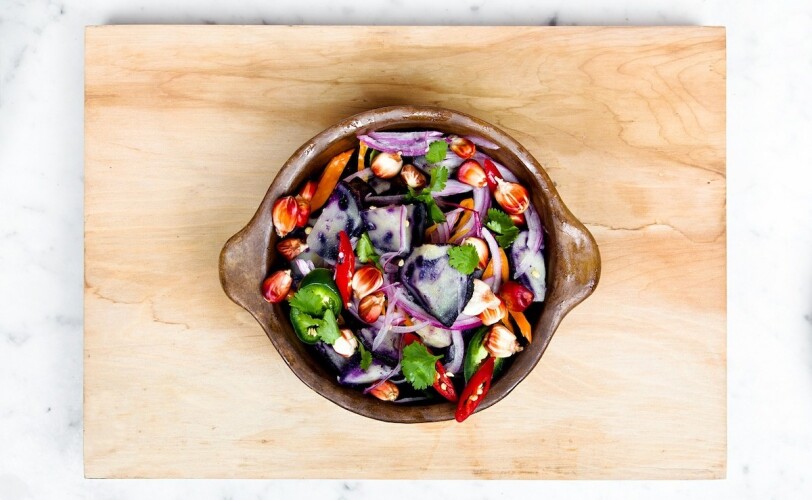 It is associated with an impaired immune system and low-grade systemic inflammation due to nutrient deficiencies. As such, eating foods to build respiratory resilience and supporting longevity may be an essential prevention strategy against viral respiratory diseases.

Here are the critical nutrients identified in scientific evidence which support the immune health of your respiratory tract:

Eating to protect yourself against respiratory tract infections is a great way to maintain overall health and wellbeing. Rather than focusing on immune-boosting and getting carried away buying every antioxidant and antimicrobial, you can get your hands on, start simple.

Increase colourful vegetables and fruit in the diet, eat more healthy fats and eat nutrient-dense foods such as organ meats and shellfish to reset and build a resilient and healthy body that is durable for any provocation.

Victoria is a qualified Nutritional Therapist and member of BANT, focusing on autoimmune disease including skin disorders, heart disease and neurological issues, gut health and fatigue. Victoria has a BSc in Biochemistry & Immunology which she uses in her practice, using only evidence-based nutritional therapies to support chronic conditions.