The force within your cells: mitochondria 101

Did you know that there is a force within your cells, which is fundamental to everyday health and wellness? Without this force from within, your energy depletes, your immune system becomes dysfunctional, and you are more likely to suffer from mood disorders such as anxiety and depression. 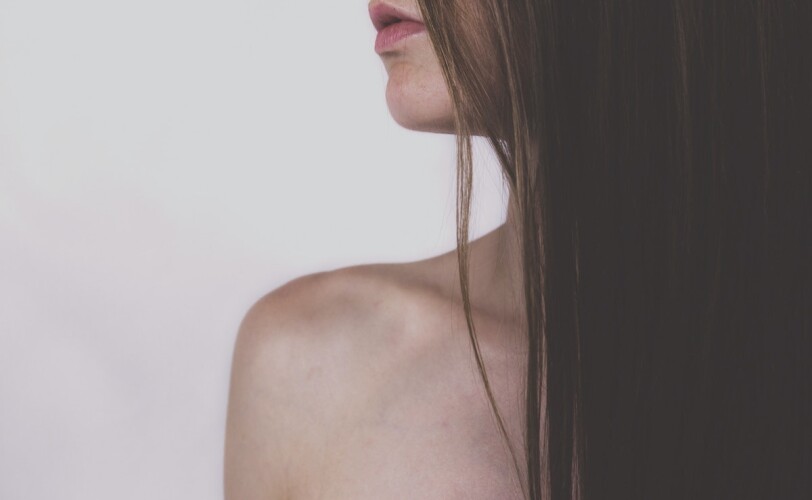 More than just a powerhouse

It sounds like something from a Star Wars film, and rumour has it that the 'chi' in Chinese medicine and the force that is with the Jedis in George Lucas's famous screenplay, is based on these forces in human cells called mitochondria.

You may have heard of mitochondria, as the "powerhouse" of the cell. They are receiving more attention from a health perspective recently, as scientists are beginning to understand the importance of the health of your cells, for general health and wellbeing. If bodily processes are not working sufficiently "upstream", then it is difficult to appease downstream symptoms without the use of long-term medication.

In this article, I will discuss mitochondria's entanglement in the evolution of humankind, the role mitochondria play in human health, and nutritional and lifestyle strategies to improve your health from the cell up.

The mitochondrion (singular) is an organelle - which is a minuscule specialised structure within a living cell - and is known for its energy-generating capabilities which helps to power biological process within the body.

As well as acting as an energy-generating facility for the body, mitochondria also help the immune system detect foreign pathogens and defects within the cell. If the body detects a fault such as DNA damage that could potentially lead to cancer - mitochondria initiate a process called apoptosis which leads to the death of the cell and elimination from the body.

Human cells are eukaryotic cells. Mitochondria are an essential part of this type of eukaryotic cell, providing cells in your tissues, including the skeletal muscle and liver, with energy resources to perform their desired function.

Evidence supports that this mutually beneficial relationship between an elementary cell and mitochondrion began two billion years ago when an archaeal cell acquired a bacterium which we know today to be the mitochondria. This newly formed cell was able to use oxygen as fuel (through a process called aerobic oxidation). Before the union, oxygen was toxic to the cell, so this allowed cells to thrive and colonise new ecological grounds.

The mitochondria in your cells have their own DNA, and interestingly, a person will only inherit their maternal mitochondrial DNA which encodes for 13 proteins involved in the energy creation process within the cell.

Mitochondria produces energy from adenosine triphosphate (ATP). Your body produces ATP from a long chain of reactions in the body, which is dependent on the availability of various nutrients and minerals for the energy cycle to continue.

You may recall a process referred to as the Kreb cycle from school, which helps feed this energy cycle, using a molecule called acetyl-Co-A to facilitate the process.

These reactions use oxygen and glucose (or particles from broken down fat and protein) to produce ATP, water, carbon dioxide and free radicals known as reactive oxygen species (ROS).

ATP is the energy currency within the body. Energy resources of a variety of tissues and organs, most notably the heart and muscles, are dependent on the amount of ATP created. Chronic illness and metabolic disorders are likely a result of the collapse in this system. However, research in this area is inconclusive, as scientists are unable to pin down whether the disease state affects the mitochondria or vice versa—a classic chicken or egg deliberation on the root cause of chronic disease.

Why do free radicals matter?

A by-product of the energy production cycle is a free radical referred to as a reactive oxygen species (ROS). ROS are highly reactive molecules and act as messengers to other parts of the body. Antioxidants such as those found in dark coloured fruits and vegetables, appease the effects of ROS. When the balance of these free radicals is more than antioxidants, it can lead to oxidative stress. Oxidative stress may damage your DNA, impair the use of fats and proteins, as well as impacting the function of the mitochondria themselves. The result of oxidative stress then causes the release of more ROS in an ongoing cycle vicious cycle, which can lead to long term health issues.

The DNA in your mitochondria does not have the same protective armour as regular DNA found in the nucleus of your cell. So it is more susceptible to damage, due to its interaction with ROS. As a result of this damage, mitochondria can begin to dysfunction, which staves the cell of the energy it needs. Issues in mitochondria contribute to neurodegeneration, as there is a high demand for energy in neurones. If these energy requirements are not fulfilled the neurones either becomes defective or die.

In contrast, there may be some benefits to ROS, as they play an essential part in sending messages between cells. ROS help to adapt the cell to a low energy environment, help to regulate immune cells and assist the body in cleaning out damaged cells. More research is needed to understand how and when ROS become of use.

A large amount of energy is lost as heat to produce ATP. This heat loss can account for 20 – 25% of basal metabolic rate. In those with less efficient mitochondria where a lot of heat escapes in the energy creation process, there may be an increased demand for certain nutrients such as acetyl-CoA. Energy reserves from other sources in the body, for instance, adipose cells, may also be called upon, leading to weight loss in the long term. The increased energy need in some may explain why people of the same sex and weight have different responses to calorie restriction and excess, as they have different energy requirements based on the efficiency of their mitochondria.

Mitochondria are intuitively responsive to detecting defects and damage in cells. Upon discovering cell weaknesses, mitochondria initiate programmed cell death. If the mitochondria are not functioning correctly, this initiation process might go haywire, and if this happens, damaged cells will remain in the body. Damaged cells may lead to certain cancers and inflammatory conditions such as autoimmune disease. It is therefore imperative that your mitochondria are healthy enough to perform this protective task, or there is a risk of the onset of these chronic diseases.

The health of your mitochondria is due to the balance of two mitochondrial process known as fusion and fission.

The fusion of two mitochondria helps to repair any DNA damage that might be present in the organelle, to bring back functionality. Defects in the fusion of mitochondria are associated with neurodegenerative diseases such as Parkinson's disease.

In fission, a singular mitochondrion divides into two or more structures. It plays a role in the eradication of unstable mitochondria from the body through the programmed cell death process known as apoptosis.

This balancing act of this simultaneous and continuous procedure is crucial for maintaining the adequacy of mitochondria in response to its ever-changing environments.

Both fission and fusion are heavily reliant on several specialised proteins to perform their functions competently. Breakdowns in this process may lead to an imbalance in the body, causing damage to vital organs.

Mitochondria rely on a vast supply of nutrients to work effectively. They are dependent on complexes being broken down correctly in earlier reactions in the body to provide the right fuel to perform their tasks. As such, both impaired genetics, malnourishment, lack of sleep, chronic stress, high sugar and toxic load can cause these go-getters to fall flat.

Antioxidants such as quercetin and resveratrol may help to protect and restore mitochondria which promotes energy production in the cells. Antioxidants are in red and purple coloured fruits and vegetables, and fresh dark leafy greens. More specialised nutrients such as l-carnitine, glucosamine, n-acetyl cysteine and coenzyme Q10 may promote mitochondrial health may be beneficial for people suffering from mitochondrial dysfunction.

Shallow breathing which creates oxygen deprivation in the body can also challenge mitochondria's ability to generate energy so improved breathing techniques and practices such as yoga and tai chi may also help to invigorate mitochondrial health.

A new approach to therapy?

Perhaps health practices have been missing a trick all along in the quest for health and longevity. Understanding the intricacies of how cells operate could be more important than knowledge of distinct organ functions alone. Cells make up every part of our body, so targeting one role in the cell could impact health in totality rather than just perfecting one isolated area. Using a cell-targeted approach to health could have far-reaching effects, especially for those who suffer from systemic illness and may be an exciting new targeted therapy in the future.

Victoria is a qualified Nutritional Therapist and member of BANT, focusing on autoimmune disease including skin disorders, heart disease and neurological issues, gut health and fatigue. Victoria has a BSc in Biochemistry & Immunology which she uses in her practice, using only evidence-based nutritional therapies to support chronic conditions.