Until around 1900, heart disease was so rare that doctors would congregate by the bed of a sufferer to learn about this unusual condition. Yes, genes are relevant, and stress, but genes haven’t changed much in a century, and life was always stressful. So what has changed, and what can we do about it?

One change is refrigeration. In the past, milk tended to be converted to butter and cheese, as those kept well. With refrigeration, milk kept well. Pasteurisation made it keep even better, so people drank more milk. The invention of breakfast cereals made matters worse.

Cheese is mainly fat and protein; butter is mainly fat. They don’t contain more than a trace of the lactose, or milk sugar, that milk has.

The membrane that causes clotting

Another problem with milk is that it has fatty globules in it, with a membrane around them. This membrane causes platelets in the blood to clump together in clots.

Cream and buttermilk contain a lot of this membrane. “Heart healthy” spreads containing buttermilk are counter-productive.

Sugar is better than starch

Another change is that much more sugar is consumed than in the past. Ordinary sugar is called sucrose - the body then splits that into fructose and glucose. Fructose isn’t as bad as galactose, but it does damage arteries.

Glucose is less harmful than galactose and fructose. Starch is converted to glucose in the body, so starch isn’t as big a problem as sugar.

Put calcium where it belongs

Calcium is needed for healthy bones and teeth, but it hardens artery walls. Vitamin K2 and magnesium protect arteries, by sending the calcium into the bones and teeth, so that there is less remaining in the arteries. Fermented foods like cheese contain vitamin K2.

Trans fats harm the arteries. In the nineteenth century, it was found that runny oils could be hardened with hydrogen to make them more like butter. These hydrogenated oils contain trans fats. Margarine and solid vegetable fat came to be regarded as safer than butter, which is the opposite of the truth.

Total cholesterol is not a useful figure. HDL should be high, as the antioxidant in it prevents LDL from being damaged. So, the total cholesterol to HDL ratio matters. Eating fish, or taking fish oil, increases HDL. Triglycerides are blood fats, mostly made from fructose by the liver, and these should be low.

Statins have only ever been shown to benefit about 1% of men under 48. There is no data to justify using them if you are female, or if you are over 48. Statins damage muscle, including heart muscle, and can lead to heart failure, diabetes, and many other health problems. One reason statins cause damage is that they slow down the process that makes coenzyme Q10 and vitamin D. Coenzyme Q10 is an antioxidant and is vital for producing energy. The heart needs a lot of energy, 24 hours a day. Vitamin D has been shown to protect the heart. While we should avoid sunburn, exposure to sunshine is needed for us to make vitamin D. Because Britain is far from the Equator, almost everyone here has too low levels of vitamin D, unless they supplement it. There is some in fatty animal foods, but not enough. It is best to supplement coenzyme Q10 in the ubiquinol form. It is much more effective than the ubiquinone form, and so you need much less of it.

It is much safer to reduce blood pressure by using magnesium, taurine (which is part of protein), and coenzyme Q10, than to take drugs.

How to protect ourselves

Heart disease is a major killer these days, of both men and women. The difference is that women tend to develop it later than men. It makes sense to protect ourselves by: 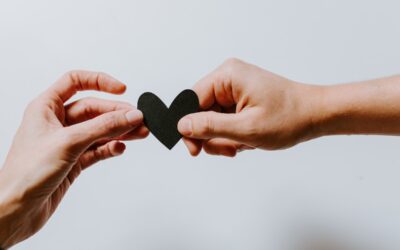 Alcohol and cancer - how big a problem is it? It is well known since 1988 that alcohol causes cancer when it was...