The association between skin inflammation, particularly Psoriasis, and obesity have been linked for some time. The theory postulated that Psoriasis was a symptom of the inflammation caused by obesity. However, a new mouse study published in the Journal of Investigative Dermatology has demonstrated that skin inflammation is directly caused by eating an unhealthy western diet of high saturated fats and sugars, regardless of weight gain. In this article, I will be delving into the findings of this study and what it means for those who suffer with Psoriasis.

Psoriasis is a common inflammatory skin disease characterised by thickened itchy red skin often found in the scalp, wrists, elbows and knees. Although the cause of Psoriasis is not fully understood, a dysfunctional immune system contributes to the development of symptoms.

What did the study find?

The increase in obesity in western civilisation is strongly associated with a diet high in unhealthy saturated fats and sugar, and low in fibre. The association of obesity and Psoriasis have been linked for some time.

In the study conducted by Hwang and Co., it showed that in mice, a short-term exposure to the western diet induced Psoriasis before body weight gain. The mice on the western diet showed notable signs of skin inflammation including swelling of their ears and redness of skin, in comparison to mice on a high fat or controlled diet.

Why does this happen?

The research showed that when mice ate a western diet, it affected bile acid production in the mice, as well as increasing the amount of pro-inflammatory immune cells and receptors which are found in the skin. As a result, the immune system would be switched on and signalled to attack the skin, causing the symptoms found in Psoriasis.

Interestingly, when the mice were given Cholestyramine, which is a drug used to lower cholesterol by binding to bile acids in the intestines, this lowered the skin inflammation in the mice. This suggests that increased bile acids might enhance the symptoms of Psoriasis, which needs to be explored further.

Which foods are best for skin health?

This is yet another study highlighting the link between a western diet and skin issues. As inflammation plays a key role in the development of skin autoimmune conditions such as Psoriasis, reducing inflammation in the body is a good starting point.

Deficiencies in vitamin D and A, as well as zinc, may also contribute to skin disorders, so if you are on a restricted diet, be sure to seek out foods that include these nutrients such as eggs, calves’ liver, oily fish and shellfish.

It will be interesting to see what further research shows in relation to the effects of bile acids and skin health. New therapies related to this finding could help appease the uncomfortable and irritating symptoms that are commonly associated with these flare-up skin diseases.

Are you suffering with an inflammatory skin disorder such as psoriasis, eczema or acne? If so, a qualified nutrition professional can offer dietary and lifestyle protocols to support skin inflammation and agitations. 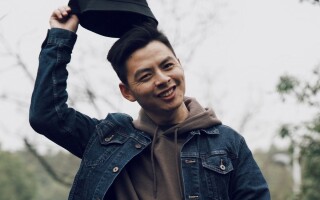 Our skin is the largest organ of our bodies and loses and replenishes a surface layer of dead cells every 24... 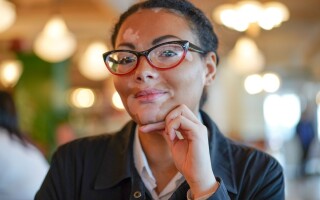 There have been many myths about vitiligo over the years, most of which have no truth at all. However, it is still... 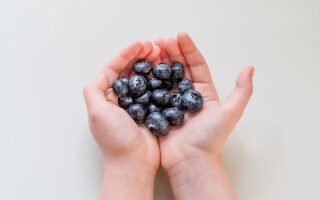 Did you know a vitamin deficiency can cause itchy skin?

Itchiness is a word used to describe an irritating sensation on your skin that you can’t help but scratch...