I often listen from patients, during initial consultation, that their food cravings rule them, making them unable to follow a healthy diet. I have to tell you that while most people believe that adhering to a diet is a matter of controlling yourself, it’s not exactly like that. Following a healthy diet is not always a matter of willpower. 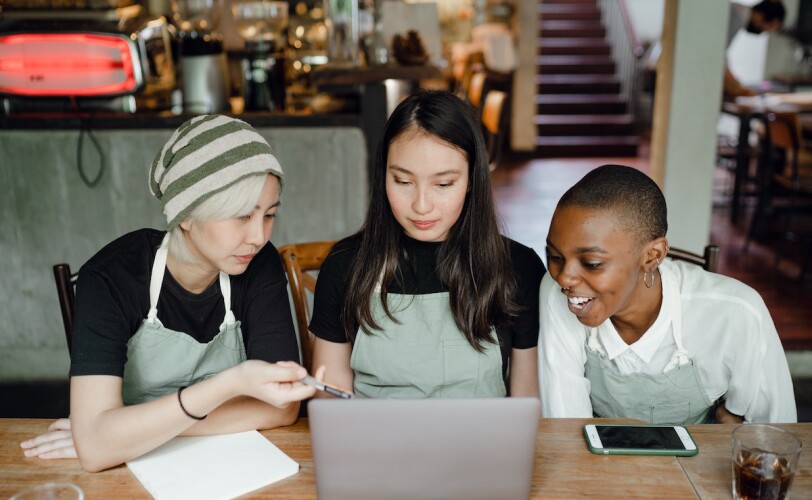 Some of the reasons are:

1. Hormones such as insulin, leptin, ghrelin and cortisol rule our metabolism and have the last word when it comes to our food choices! (Discussed further in the article).

2. The food industry nowadays produces food-like substances specifically made to create food addictions, and that majorly affect our brain chemistry and metabolism. Our bodies naturally have a finely-tuned appetite control system that is governed by specific hormones. However, modern diet, stress levels, and poor sleep hygiene impairs this system, leading us to crave the wrong foods and feel hungry all the time. *A Nutritional Therapist can help you design a personalised healthy whole-food dietary plan.

3. Vicious cycle: high caloric consumption does not mean nutrient density. No matter how many calories you consume, if you don’t absorb nutrients (low nutrient intake or absorption) your body will continue craving food. The unhealthiest the food, the more nutrients are needed for its digestion and processing.

A Nutritional Therapist will make sure you are getting and absorbing all nutrients needed diet and will prescribe appropriate supplements for potential deficiencies. A functional testcan show your specific levels of nutrients and which nutrient deficiencies or toxin excesses are slowing your metabolism (Kreb’s cycle).

4. Probiotic bacteriain our gut outnumber our cells by 10. Probiotics govern our thoughts, cognitive function and mental well-being. If the bacteria balance in the gut is disturbed, right choices on food are not always easy to make. Also poor gut flora means slower metabolism. *Let your practitioner know if you have any kind of gut complaints, excessive stress, skin issues or sleep issues.

The complete guide to hormones governing our metabolism, mood, and energy

Below you can find a complete/quick guide to the hormones that govern our metabolism, mood and stress & energy levels:

Insulin is a hormone produced by the beta cells of your pancreas. It’s secreted in small amounts throughout the day and in larger amounts after meals.

Insulin allows your cells to take in blood sugar for energy or storage, depending on what is needed at the time. Insulin is also the main fat storage hormone in the body. It tells fat cells to store fat, and prevents stored fat from being broken down.

What are the best tips to normalise insulin levels and improve insulin sensitivity?

Bottom Line: Insulin is the main fat storage hormone in the body. Reducing sugar intake, cutting the right carbs and exercise are the best ways to lower insulin levels.

Leptin is produced by your fat cells. It’s considered a “satiety hormone”that reduces appetite and makes you feel full. As a signalling hormone, its role is to communicate with the hypothalamus, the portion of your brain that regulates appetite and food intake.

Leptin tells the brain that there’s enough fat in storage and no more is needed, which helps prevent overeating. People who are overweight or obese usually have very high levels of leptin in their blood. In fact, one study found that leptin levels in obese people were four times higher than in people of normal weight (31).

If leptin reduces appetite, then obese people with high levels of leptin should start eating less and lose weight. Unfortunately, in obesity, the leptin system doesn’t work as it should. This is referred to as leptin resistance.

When leptin signalling is impaired, the message to stop eating doesn’t get through to the brain, so it doesn’t realise you have enough energy stored. In essence, your brain thinks it is starving, so you’re driven to eat.

Leptin levels are also reduced when you lose weight, which is one of the main reasons it is so hard to maintain weight loss in the long term. The brain thinks you are starving and pushes you to eat more in order to produce more leptin.

Two potential causes of leptin resistance are chronically elevated insulin levels and inflammation in the hypothalamus.

What can I do to improve my leptin sensitivity?

Bottom Line: People with obesity, or even a few extra pounds, tend to be resistant to the effects of leptin. Consuming anti-inflammatory foods, exercising and getting enough sleep can greatly improve leptin sensitivity.

Ghrelin is known as the “hunger hormone”, the opposite of leptin. When your stomach is empty, it releases ghrelin, which sends a message to the hypothalamus telling you to eat. Normally, ghrelin levels are highest before eating and lowest about an hour after you’ve had a meal. However, in overweight and obese people, fasting ghrelin levels are often lower than in people of normal weight.

Studies have also shown that after overweight and obese people eat a meal, ghrelin only decreases slightly. Because of this, the hypothalamus doesn’t receive as strong of a signal to stop eating, which can lead to overeating.

What are some tips to reduce ghrelin levels?

Bottom Line: Eating quality protein with every meal and snack, and avoiding foods and beverages high in sugar can help reduce ghrelin levels.

Cortisol is a hormone produced by the adrenal glands. It’s known as a “stress hormone” because it’s released when your body senses stress.

Like other hormones, it’s vital to survival. However, chronically elevated levels of cortisol can lead to overeating and weight gain. It appears that women who carry excess weight around the middle respond to stress with a greater increase in cortisol.  In one study, women who consumed a low-calorie diet had higher cortisol levels and reported feeling more stressed than women who ate a normal diet.

What are some strategies to reduce cortisol levels?

If you want to lose weight and feel at your best, you should aim to fix your sleep,  gut flora, and stress levels, before even attempting to fix your diet!

Olianna is a qualified Naturopath, Nutritional therapist & Functional Medicine Practitioner with a background in Science and Research (BSc, PhD,c.). She has a very personalised approach & believes in optimal health, rather than mere absence of disease. She specialises in IBS/IBD, Hormonal imbalances and Women's health, Stress and Chronic fatigue.