Lyme disease is a bacterial infection caused by various species of Borrelia. These are all spirochaetes (spiral-shaped bacteria), that can in certain circumstances change into a cyst-like form that is very hard to detect. 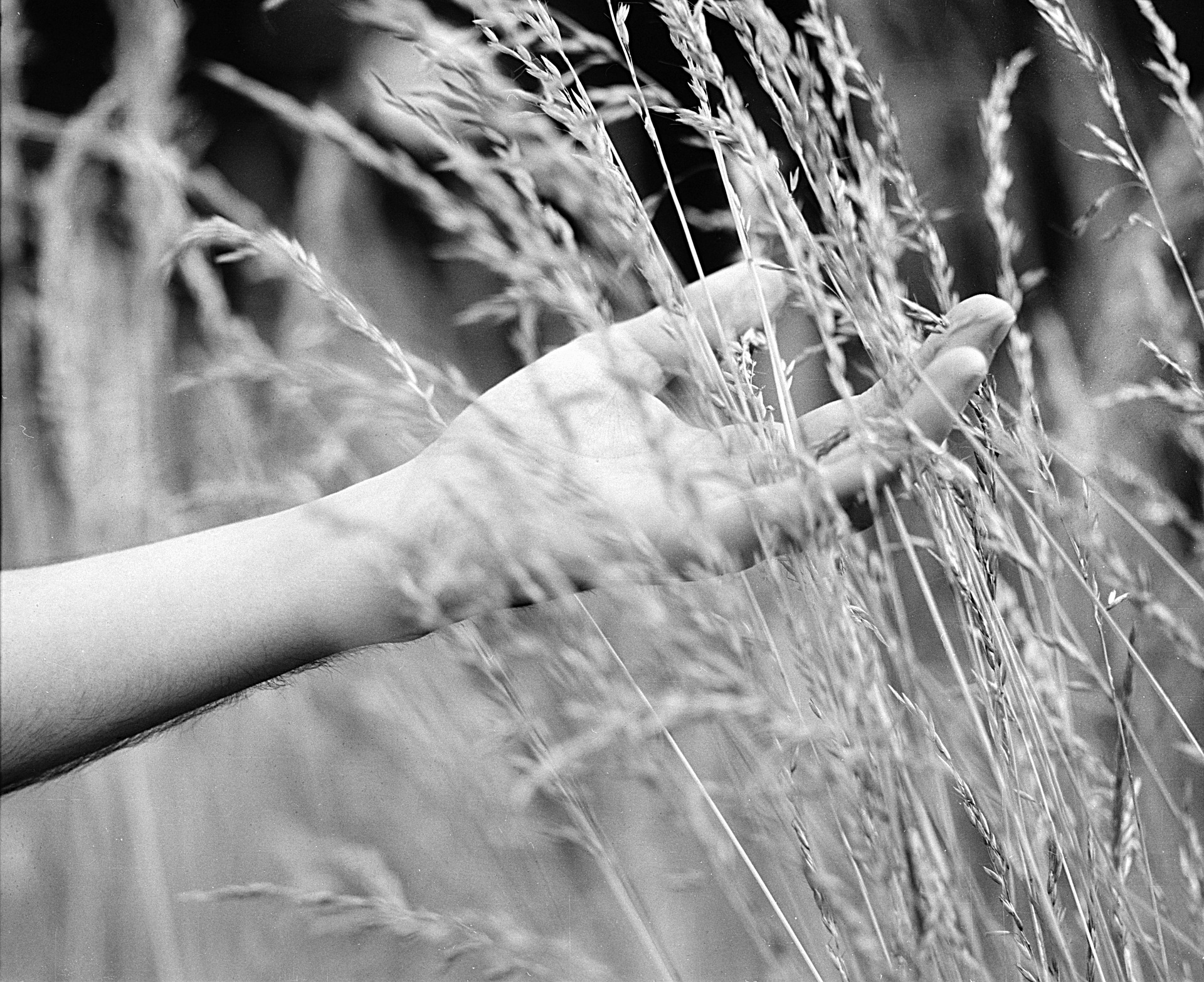 The disease is in most cases caught when a juvenile tick about the size of a sesame seed latches onto your skin with its legs and pushes its chelicerae (cutting tools) and feeding tube through your skin. It also secretes a numbing agent to help it avoid detection. It stays attached for up to two days as it drinks a huge amount of blood in comparison to its body size. The longer it stays attached, the greater your chances of getting Lyme disease, assuming of course that the tick is one that has Lyme disease itself. Most ticks do not. So if you are bitten by a tick, the chance of getting Lyme could be anywhere between 1-30%, but in the UK the percentage chance of getting Lyme is normally on the lower end of this range.

Ticks that carry Lyme disease are found in most regions of the UK, especially Scotland and the south of England. Those that intend to infect you are found at the top of long grasses from where they can attach to your clothing or bare legs. They like wet temperate conditions and will be more prevalent after wet weather. In hot, dry conditions, they are more likely to be found on logs or in leaf litter.

How can Lyme disease affect your body?

Lyme disease is able to affect your immune system in a number of ways, specifically causing three major effects, including:

After an infected tick has detached from your skin and the bacteria have entered your bloodstream, it may take up to a month to develop any symptoms. These can include in somewhere between 30-70% of cases a distinctive bull’s eye rash which is known as 'erythema migrans', meaning a rash that can move about the body. Other acute symptoms can include;

If the infection is left untreated or antibiotic treatment fails, then it is possible to get longer-term chronic symptoms, which include;

How common is Lyme disease?

UK government statistics accept up to 1,000 cases being reported each year, which represents roughly a prevalence of little more than one in 67,500. However, the true number of cases is thought to be much higher than this due to the lack of understanding that the average GP and the guideline forming committees in the UK (and the USA) have about the disease.

In the US, the official figures from the CDC - Centres for Disease Control - give a much larger figure of 300,000 cases per year, representing an incidence rate of 1 in 1,100. This, however, is also thought to be an underestimate, and other studies from the US suggest that Lyme disease incidence could be as much as 1 million cases per year or one in 330. For the UK the figure is accepted to be lower, with an incidence rate of one in 8,500, representing around 8,000 new cases per year. This could however still be an underestimate, as Britain is behind the US in its Lyme disease experience, and as a result, different strains of bacteria could have evaded detection in the studies used to determine this figure. Also, there are known problems that exist with the current testing methods for Lyme, making it likely that incidence rates are higher in both the US and UK.

Is there a controversy about Lyme disease?

If you consult the internet, it is easy to get the impression that there are two warring factions when it comes to the understanding of Lyme disease. It is stated that health authorities believe that Lyme is only an acute illness that can be successfully treated with just one course of antibiotics. The alternative health community, on the other hand, are seen as believing that Lyme disease has chronic manifestations that last for many years and are often very debilitating.

There are references to the 'Lyme Wars' in the US, where treatment guidelines issued by the Infectious Diseases Society of America (IDSA) have limited the scope of treatment for people who claim to be suffering from chronic Lyme disease. That is Lyme disease that persists for longer than a few months. If the national guidelines say some treatments are not necessary, then the insurance companies in the US stop paying for them, and patients are effectively prevented from pursuing a number of alternative treatment options.

Why this should be the case is a mystery, as chronic manifestations for Lyme disease are well recognised in scientific literature, including in standard microbiology textbooks. Even the latest mainstream scientific studies seem to recognise that up to 20% of Lyme disease cases lead to chronic Lyme. However, for a number of reasons, this figure is likely to be an underestimate.

The number of reports and articles about Lyme disease has grown quickly in the past two decades. Is this due to more awareness and greater publicity, or is the disease actually spreading, as many people claim?

Tick numbers have been correlated quite well with cases of Lyme disease in most studies, and there is good evidence that tick numbers have increased recently as a result of climate change. Climate change has led to increased tick lifespans, increased migration of tick-carrying animals, and human development of wild areas where the ticks reside. All these factors potentially increase human exposure to tick bites.

Could I get Lyme disease?

Lyme disease affects children more than other age groups, with one study showing that 41% of cases were found in children aged zero-nine years. Any ten year age group in the UK under the age of 60 should contain around 12-13% of cases, and so in children, the prevalence of Lyme infection is around three times what it would be if we were all equally affected. This is probably due to increased exposure to the habitats of the ticks that carry the disease, including long grasses, logs, and leaf litter in the outdoor environment.

Infectious tick prevalence is most during the late spring and mid-summer. A long hard frosty period reduces numbers dramatically for a month or two. They can be found as much in urban parks and gardens as in the countryside. Many old people get infected in care homes, which show that ticks can enter the living quarters of humans as well as their natural habitats.

The CDC recommends a two-tier approach to testing, with an ELISA test (checking for antibodies to the Lyme infections) followed by a Western Blot test which may also look for a number of surface proteins that can be found on the Borrelia bacterium.

The problem with this approach is that it currently misses around 50% of cases (false negative tests), and so many people go undiagnosed. This could be for a number of reasons, including;

Other means of diagnosis are being developed, such as the CD57 test and blood culture test.

Some herbal formulas are taken for a set period of time, in combination with others in what is termed a 'herbal protocol', have also shown promise in treating Lyme.

In particular, some essential oils have been tested and given rise to ongoing early-stage drug development projects. However, another more natural approach is to use the test-tube findings of various studies to concoct a herbal anti-Lyme protocol.

A herbal protocol would normally involve more than one herb in order to utilise the different antimicrobial properties of each compound found in the various herbs. For instance, you would want to degrade the cyst form of Borrelia, break up the biofilm layer that protects Borrelia, and also inhibit the growth and spread of Borrelia to maximise the potency of any anti-microbial protocol. Some of the following herbs have shown promise in testing against the borrelia bacteria;

Having an optimal diet to minimise the inflammation that affects people with Lyme disease is very important. This is not so much aimed at eliminating the bacteria that cause Lyme disease as making it easier to live with Lyme disease by reducing symptoms. It may also help you respond better to any antibiotics you take.

Gluten-containing foods may also cause inflammation in some people via increased intestinal permeability, which allows foreign proteins to enter the bloodstream triggering an immune response.

Eating foods that contain nutrients that boost your Nrf2 anti-oxidant system, including;

Keep your immune system generally supported by getting enough vitamin D, either through sunshine or vitamin D containing foods such as cod liver oil, liver, or butter.

There are two other dietary approaches that may help out if your Lyme disease has neurological (depression, anxiety, cognitive deficits, or dementia) or autoimmune complications (Multiple Sclerosis, Rheumatoid Arthritis, or other forms of arthritis). These are the Keto diet and AIP - Auto Immune Protocol diet, respectively.

Please ensure you consult a medical professional and/or nutrition professional before making any drastic changes to your diet.

Robin Dowswell is a nutritional therapist working just outside Milton Keynes. He specialises in nutrition for health as well as sports nutrition. Check out his nutrition A-Z to find out about over 50 different foods and supplements as well as information on diets for a range of conditions.