Everyone gets cravings from time to time. Sometimes you kid yourself that it is your body telling you that you need to have something (and there is some truth in this – more on that later). Most of the time, however, it is habit. There are some simple steps you can take to manage cravings and avoid binges. Using a combination of these steps will be most effective and some techniques will work better than others for you so it’s best to experiment.

Your body needs a steady flow of energy through the day. When you eat too many things that turn quickly into sugar (whether it’s sugar or starchy carbohydrates), it creates a blood sugar spike and the body produces insulin to take the excess sugar out of your blood, and it stores it as fat. Sometimes too much of this sugar is packed away, which leads to blood sugar levels becoming too low, resulting in tiredness, low mood, a drop in concentration – and cravings. The cravings are nearly always for sugary foods or starchy carbs; anything the body can quickly convert to sugar to get blood sugar levels up again. Eating continually in this way causes a blood sugar rollercoaster. Switching to a low GL (glycaemic load) diet based on whole foods like meat, fish, nuts, seeds, beans and so on with vegetables and fruit, with smaller amounts of wholegrain starches like brown rice and wholemeal bread will help enormously. However, you also need to deal with your triggers and the emotional aspect of eating…

How to manage your cravings:

Willpower in itself is not enough. Instead, learn to be in control of your actions. The first, most simple step is to make sure you don’t get hungry, so eat little and often.

2) Identify and write down your triggers.

Are they emotional triggers? Food triggers? Habits? Triggers in certain places or situations? Identifying what your triggers are helps you take control of them and change the outcome. What is it that you need? What strategies can you put in place now to support yourself?

3) Get rid of your trigger foods.

If you don't have control of a food then it is controlling you. If it triggered a binge in the past, it will do so again. Get rid of it and don't buy it - for you or your family. It's OK to throw away food that is bad for you. A smoker wouldn't keep packets of cigarettes around the house if they were trying to break the habit – why do that with trigger foods?

4) Plan what you are going to eat in advance.

This is so important. Eventually, your healthy eating will become second nature but you need to support yourself until your new habits are firmly in place.

To take control, you need to be ready to respond to these with a more positive alternative. Here are some examples:

"A biscuit would be nice but I choose not to have one right now".

Don't take orders from a packet of biscuits! Choosing puts you back in control. Remember, the responsibility is yours. You are the one who puts food in your mouth, even if it sometimes feels as though it is out of your control, it never is.

The more you use a phrase, the more it becomes a part of what you now do, so develop phrases such as "don't start, don't get the taste" or “I actually don’t want this” or “I am not hungry so I will not eat for the moment”. Creating a mental picture can also help, e.g. visualising yourself slamming a cupboard door on the unhealthy foods you are now choosing to avoid. Practise this until it becomes second nature.

If you get a craving/binge thought, do something else (paint your nails, go for a walk, clean out the fridge, put on some music, write a letter, for example). Simply giving yourself a few moments may relieve the pressure and stop the chain reaction. Find something that works for you, write these down to reinforce them and commit to doing them.

Unless you are superhuman, there will be the odd time that you slip and have more than you should. Slim people over indulge too – but they don’t beat themselves up about it. They just go back to eating normally. Remember, the occasional slice of cake or a portion that is too big is not going to make you put on a few pounds, but a huge binge will. Plus binges on sugary or salty food will make you retain water - making you look and feel heavier than you really are. It's just not worth it. If you have a slip you can still rescue the situation and stop it turning into a binge, sabotaging all your good work. Say: "it's done, it's in the past and I choose to move on". Reaffirm you resolve to make a different choice next time.

...until your new found control feels completely normal, which it will! It takes at least 21 times of doing something to create a new habit. It feels weird at first and takes a lot of conscious effort. But eventually, your brain 'gets it' and you will do it without thinking! 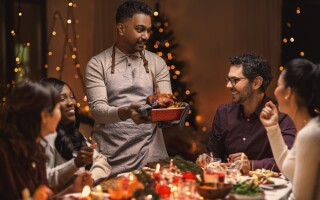 5 reasons why you are overeating (Hint: None of them are greed!)

It happens every year. The guilt after the Easter weekend of the large amount of chocolate eaten. Or the anxiety...

Why you binge ate this weekend and how to stop

I know why you’re here. You’ve been Googling “how to stop binge eating” and “how to... 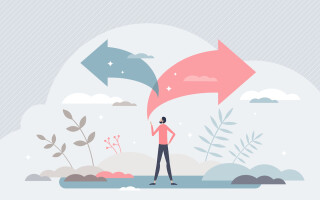 As a binge eating disorder nutritionist I hear a lot of advice and tips to stop binging. This comes from social...