Multiple sclerosis (MS) is a chronic disease of the central nervous system, a common cause of neurological issues in young people. In multiple sclerosis, the insulating layer of the nerve fibres called the myelin sheath are targetted by the immune defence system, which is why MS is an autoimmune disease. 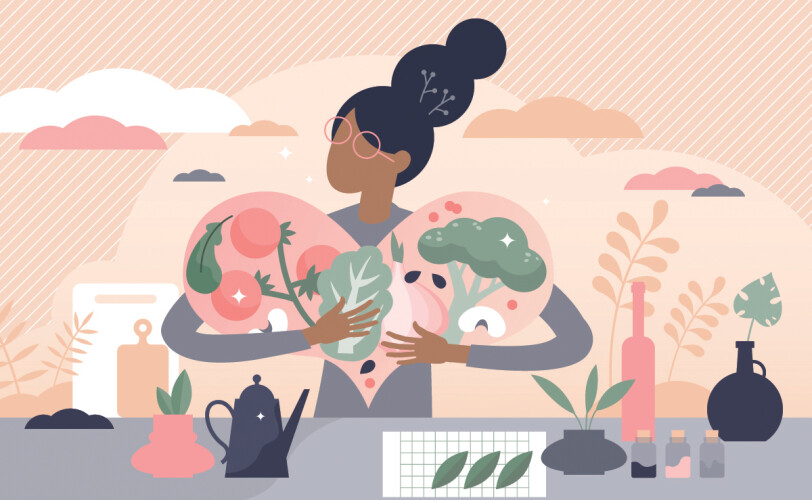 The myelin sheath protects the nerve cells. Once damaged, the nerve impulses vital for movement, cognition, and autonomic function such as breathing and temperature control become dysfunctional.

The cause of MS is still not fully understood. However, genetic susceptibility, chronic infections such as Epstein-Barr, lack of sunlight exposure and nutritional deficiencies are all thought to play a role in developing the disease. This article will review the latest research on the key vitamins thought to be paramount in MS.

Studies have shown that there is a higher incidence of vitamin B12 deficiency in those with MS. Vitamin B12 is vital for the central nervous system and the formation of red blood cells, which are crucial to carrying oxygen around the body. The symptoms of vitamin B12 deficiency are similar to MS, such as fatigue, tingling hands and feet, and numbness, as vitamin B12 is instrumental in the metabolism of fatty acids needed to make the myelin sheath on the nerve cells.

If vitamin B12 is in short supply, the myelin sheath may be formed incorrectly. As a result appears like a foreign invader to the immune system, which is a possible cause of autoimmunity in this condition.

Vitamin A, or retinoic acid, in its active form is a requisite vitamin for brain development and the immune system. Although conclusive evidence is lacking, vitamin A may help control the symptoms of MS. Vitamin A helps to bring down unwanted inflammation in the body and support the arms of the immune system, which detects friend from foe - an important distinction to make to ensure the immune system doesn’t attack self-tissue, such as the myelin sheath of nerves.

A great natural source of vitamin A is cod liver oil, including omega-three fatty acids and vitamin D, which are other vital nutrients in immune health.

There has been a lot of hype when it comes to vitamin D and MS. There are even programs now that specifically advocate taking high strength vitamin D to overcome the symptoms of MS. But what does the evidence say?

Unfortunately, while research suggests that a lack of sunlight exposure and vitamin D deficiency puts you more at risk of developing MS, there is no conclusive evidence that taking high strength vitamin D will help with symptoms. And as taking high strength vitamin D can lead to changes in calcium levels, it is advised not to take high levels of the vitamin without proper guidance and routine testing, as it can lead to vitamin D toxicity and side effects such as vomiting, constipation, and kidney stones.

However, as vitamin D supports a healthy immune response, then it is likely beneficial to top up your reserves if they are low. The benefits of sunlight exposure are often attributed to the fact that humans can make vitamin D from the UV rays of the sun penetrating the skin. However, sunlight in and of itself may benefit the immune system as it can suppress activated autoimmune cells. This benefit may be another reason people who live by the equator are less likely to have MS than just vitamin D status alone.

Biotin is a relatively new vitamin when it comes to managing symptoms of MS, and although initial studies have been disappointing, there is still hope that this may help with symptoms of MS.

It is speculated that very high doses of biotin may promote myelin synthesis required to rebuild the myelin sheath that is damaged in MS. Biotin contributes to this process by enhancing the energy production of the nerves. Watch this space as the research evolves, and let’s hope it provides another option to manage or reverse symptoms of MS.

The jury is still out whether vitamins can help reverse MS symptoms, but what we do know is that when you are vitamin deficient, body processes are not optimal, which can lead to unpleasant symptoms associated with MS.

Getting your current vitamin status tested to understand whether vitamin deficiencies might be an issue can be a valuable way to discover what might be out of balance in your body. At The Autoimmunity Nutritionist clinic, I offer functional testing to give insight into your health status and potential underlying root causes of your symptoms to start making meaningful changes to your health, so you can feel better and live your life again.