UTIs or urinary tract infections affect 150 million to 250 million individuals worldwide every year, making it one of the most common infections. Most cases are thought to occur when bacteria from the bowel (from stools) or skin enter the urinary tract via the urethra into the bladder. 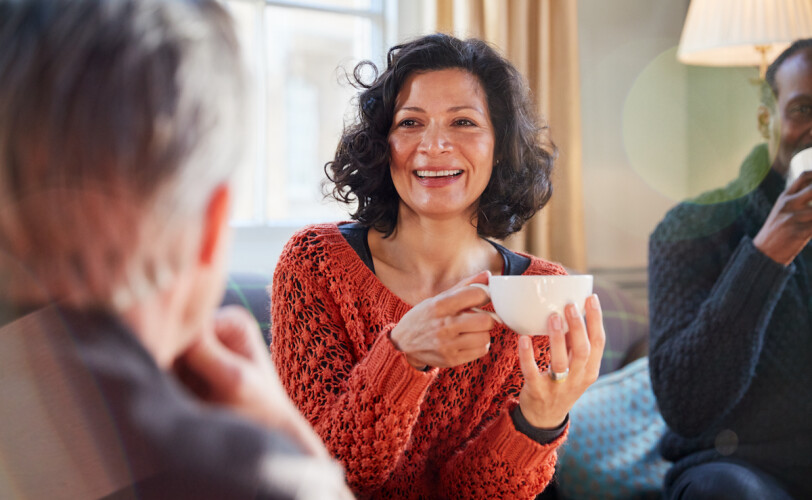 More common in women, approximately one in two females will suffer from an acute UTI at some stage of their life, with numbers rising at the onset of sexual activity, increasing again with the menopause and peaking with women over 65 years, when the rate is double the rest of the female population.

Most symptoms are short-lived and include:

Diagnosis is made after a dipstick test and urine culture that identifies bacteria. Most people think of UTIs as being short-lived and usually a short course of antibiotics, taken for three to five days, will normally clear most infections. The number of recurring infections, however, is on the rise against a backdrop of growing antibiotic resistance. For some individuals, even when symptoms do subside, 30% of infections return within six months.

Nutrition and lifestyle steps for prevention

We all know the phrase ‘prevention is better than cure’. Well, it’s good to know that there are a number of steps you can take to help prevent urine infections, which are especially important to take note of if you are in a higher risk group e.g. in your menopause. Here are some nutrition and lifestyle focused steps to reduce the risk of UTIs.

Keeping hydrated to support your general health and to increase urine production to flush out pathogenic bacteria such as E.coli. Aim to drink 2-2.5 litres of water a day, which you can flavour with fruit or herbs e.g. lemon juice or ginger. This can include herbal teas but doesn’t include caffeinated drinks such as tea and coffee which can be dehydrating.

Help your body protect against infection by building an effective and resilient immune system. Good nutrition is important if you want your body to be healthy and have the best chance of fighting disease, therefore, choose natural, nutrient-dense, colourful and unprocessed whole foods which will provide key nutrients such as vitamin C, zinc and selenium, amongst many others, to support your immune system.

Getting enough good quality sleep, which means at least seven to eight hours a night and managing stress which can reduce the immune system’s ability to fight off infections will also put you in a better place to deal with UTIs.

Pathogenic bacteria residing in your gut can translocate to your urinary tract predisposing you to UTIs. To increase the levels of good bacteria in your gut which will help to crowd out unwanted bacteria, eat a diverse and wide range of plant foods (the ultimate target being 30 plant foods a week) and regularly enjoy fermented foods such as kimchi, sauerkraut and miso, which are all rich in beneficial bacteria, to support a diverse and well-balanced microbiome.

Probiotics can also be used both orally and as pessaries. Clinically researched probiotic supplements containing bacteria such as the lactobacillus species, which are specifically designed to inhibit the growth of UTI causing bacteria, can also optimise the immune system in the urinary tract by for example helping to acidify the bladder and urinary tract. Nutritional therapists are qualified to advise on the best choice of probiotic for an individual’s circumstances.

With a long background of traditional use, cranberries are often associated with UTIs as a natural treatment and the natural sugar D-mannose is found by many individuals to be helpful in preventing and treating E.coli infections.

Cranberry and D-mannose are thought to inhibit the ability of pathogenic bacteria to adhere to the bladder wall, which reduces the chance of infection. The dosage and timing of these supplements vary depending upon whether the supplements are being used for prevention or employed as part of a treatment plan. These can be discussed with a nutritional therapist who can also check for food and drug interactions.

Contrary to popular belief you should avoid cranberry juice which is minimal in cranberry content and high in sugar.

Ensure that you wipe from the front to the back when using the toilet. This helps to avoid spreading bacteria from your stools into the vaginal passage where bacteria may go on to travel into the urinary tract.

Take regular trips to the toilet and avoid holding onto urine so as not to provide an opportunity for bacteria to multiply, thereby increasing your risk. When you do pass urine, ensure that you completely empty your bladder and don’t hold urine back. Another recommendation is to urinate after sex to help expel any bacteria that might have been shared during intercourse.

With a mission to help clients feel their best every day, Karen has a special interest in digestion and women and children's health. As a mum of three, nutrition is a key part of her tool kit for looking after her family, which includes a child with complex medical needs. She continuously draws on her experience of the NHS to inform her work.