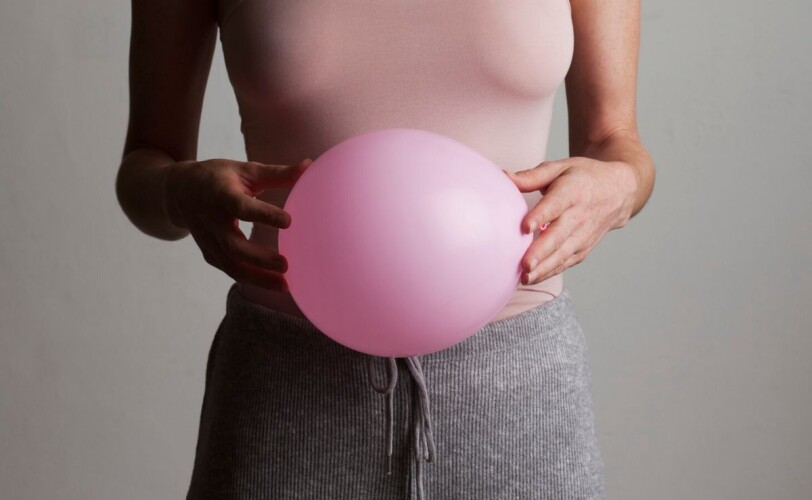 As my professional interest is in the dietary treatment of irritable bowel syndrome (IBS) using the Low FODMAP diet, I decided to practise what I preach and try to follow this diet myself for one week.

IBS affects one in five of us. The symptoms such as pain, bloating, wind, diarrhoea and/or constipation have a serious impact on quality of life. These symptoms also cause anxiety and reduced energy levels.

This dietary treatment for irritable bowel syndrome (IBS) was initially developed by Dr Sue Shepherd in Australia in 1999. But, it is relatively new to the UK and has only been available as a treatment for around six years.

Ongoing research in the UK is being carried out by King's College London. Their results mirror those found in Australia in that this diet successfully manages the symptoms for 75% of people with IBS who are supported by a Dietitian. King's College recommends that this dietary change is supported by a Registered Dietitian who has received additional training in this dietary intervention. 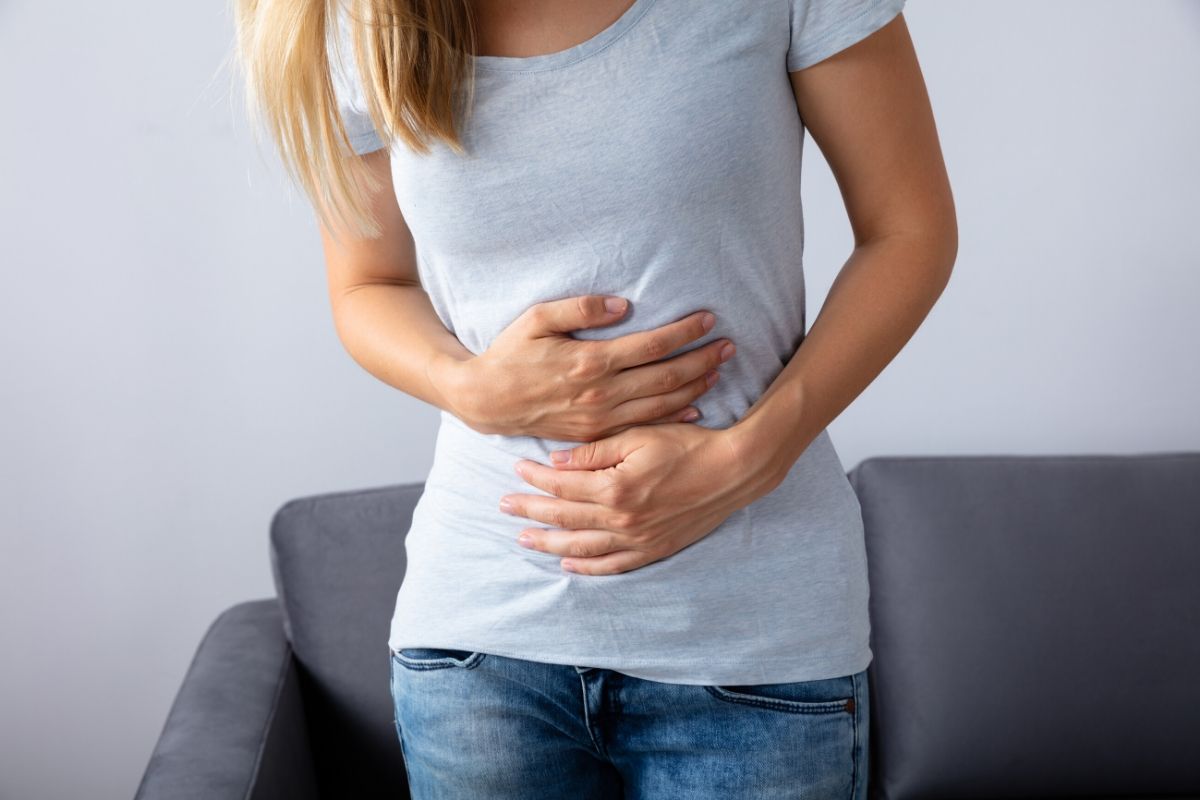 FODMAPs are fermentable carbohydrates and stands for:

FODMAPs are found as ingredients in many foods as well as the more obvious sources. It is recommended that they are completely removed from the diet for a period of four weeks, followed by a reintroduction phase to test tolerance and avoid long-term, unnecessary dietary restriction.

These carbohydrates are poorly absorbed by most of us but only trigger symptoms in susceptible individuals. FODMAPs cause fluid to be pulled into the intestine and, as they are not fully absorbed, they then pass into the large bowel where they are fermented by bacteria.

It is these effects which lead to symptoms of pain, bloating, wind and diarrhoea and/or constipation. Additional symptoms include low energy levels, noisy abdomen, frequent need to urinate, heartburn and nausea. A person may have some or all of these symptoms and they vary in severity from person to person

This is not an allergy but a functional gut disorder. Remember that these foods are poorly absorbed by all but only in susceptible individuals is the gut reaction severe enough to lead to notable symptoms. Following the first phase of removal from the diet (for four weeks) tolerance level needs to be tested for each FODMAP to avoid unnecessary long-term food restriction.

In addition, these carbohydrates have a combined effect meaning that an individual FODMAP may be tolerated but all the FODMA’s together in the diet combine to overload the system. The second phase of the diet, to assess tolerance, has been carefully designed and tested to tease out these effects in an individual so that the least restrictive tailored dietary plan can be produced.

Many people feel they have an intolerance to gluten (protein) in wheat and gluten sensitivity in the population is on the rise. But it could be the fructans (fermentable carbohydrate) in wheat that are triggering their symptoms rather than the gluten. By removing the gluten-containing foods the fructans will also be removed and a reduction of symptoms may occur. However, further improvement may be possible by exploring the Low FODMAP dietary approach.

If you have been diagnosed with coeliac disease, gluten needs to be 100% removed from the diet for life. Coeliac disease affects one in 100 people in the UK (although it is thought only 24% of those affected are diagnosed). Levels of gluten sensitivity are unknown. 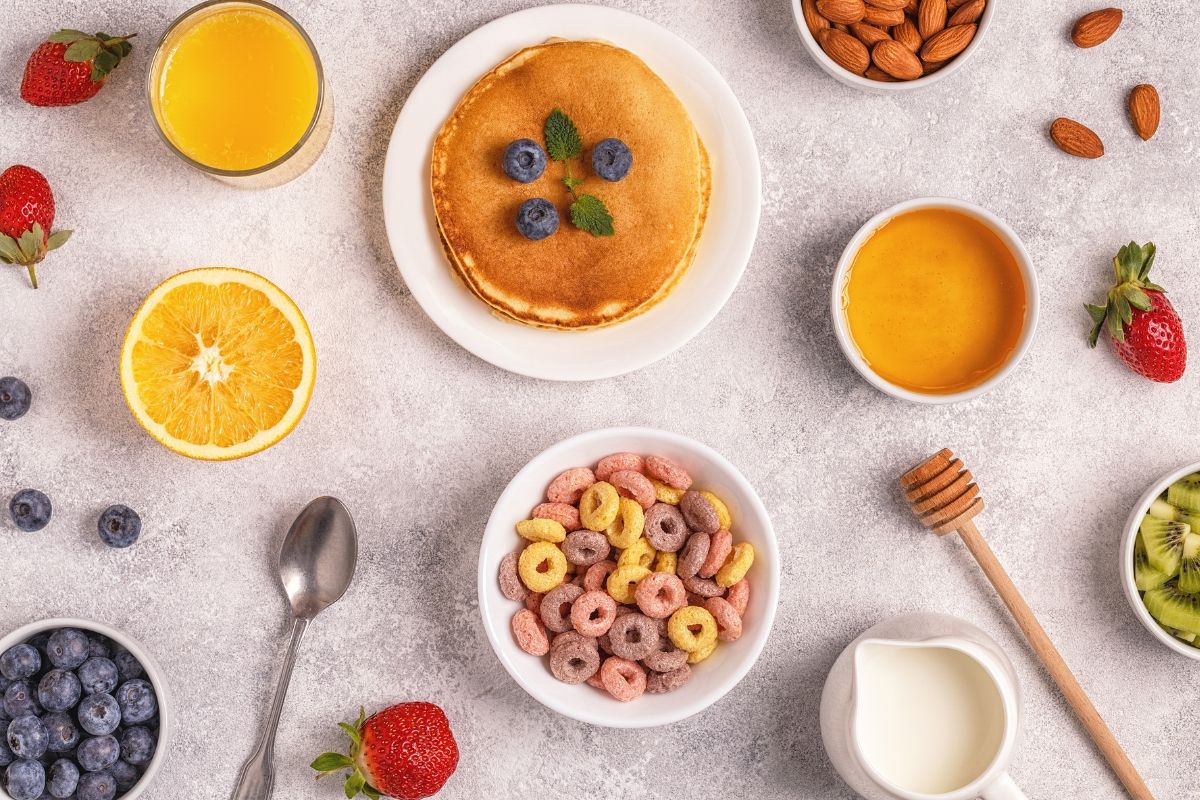 I have a personal interest in trying this diet. For many years I suffered from the symptoms of IBS and was diagnosed with this condition by my GP. I followed all of the advice available, at the time, with absolutely no relief of symptoms.

Through trial and error, I found that dairy was causing my symptoms and when I removed this from my diet, my symptoms disappeared. If I eat dairy, the symptoms come back. So when the Low FODMAP diet was proposed, it was with interest that I saw that lactose (milk sugar) is one of the FODMAPs. Having relief from the symptoms of IBS after 20 years really changed my life, particularly around social engagements and even being able to follow a healthy lifestyle and exercise.

When you are bloated, in pain and very windy you don’t feel like going out socially or going to the gym!

I found that most recipes could easily be altered to be Low FODMAP.

Wheat products need to be removed from the diet. Gluten-free products can be used, not because gluten is causing any problems (gluten is the protein in wheat) but the fructans (the fermentable carbohydrate in wheat) may be. The process of removing the gluten also reduces the fructans. Gluten-free products are available in all major supermarkets. Sourdough spelt bread is acceptable on the diet but this can be difficult to find. It has to be sourdough - other breads made with spelt flour are not suitable.

The low FODMAP diet can be low in fibre. I used linseeds, brown rice and oats, particularly rough oatcakes to increase my fibre intake.

The first week of the diet is probably the hardest and I feel the diet would become easier as suitable replacements were found for usual dietary choices. Remember this phase of the diet is only for four weeks.

I did notice that my digestion generally felt more settled, remember these foods are poorly absorbed by most of us. But this was in no way comparable to the relief of symptoms I experienced by removing milk from my diet. This underlines the importance of the reintroduction phase of the diet. If I had tried the low FODMAP diet I would have experienced symptom relief, but I only need to avoid milk. Without identifying that only milk needed to be excluded from my diet, I would unnecessarily follow an overly restrictive diet for no reason.

High FODMAP foods do confer some important health benefits. In particular to the balance of gut flora (bacteria) which is linked to being in general good health with a robust immune system. They also act as natural laxatives and constipation can be a side effect of following the diet. Many of the excluded foods, for example, pulses help to manage blood sugar levels, control appetite, have positive effects on cholesterol and are a source of iron.

It is for these reasons that only an individual who will experience significant IBS symptom reduction should follow this diet and also why the re-introduction phase to test tolerance is so important. Once the reintroduction phase is completed you will be aware of exactly which foods to avoid, which cause you no problems at all and which you can have in limited amounts. 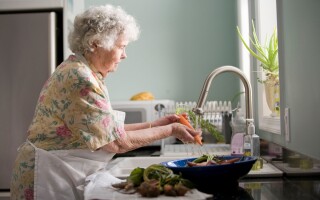 Did you know that if you have rheumatoid arthritis, you have an increased risk of gastrointestinal issues, such as...