Searching for a specific Nutritionist? Try our advanced search
Obesity

Ask a Nutritionist: Which diet should I do?

Looking for a new, slimmer you in January? The new year is a great time psychologically to start something, well, new. Just like we can more easily envisage starting something the next day, or on a Monday, New Year's Day marks a turning point. It also falls right after an indulgent festive period, so focusing on health, and most often, weight loss, makes sense. 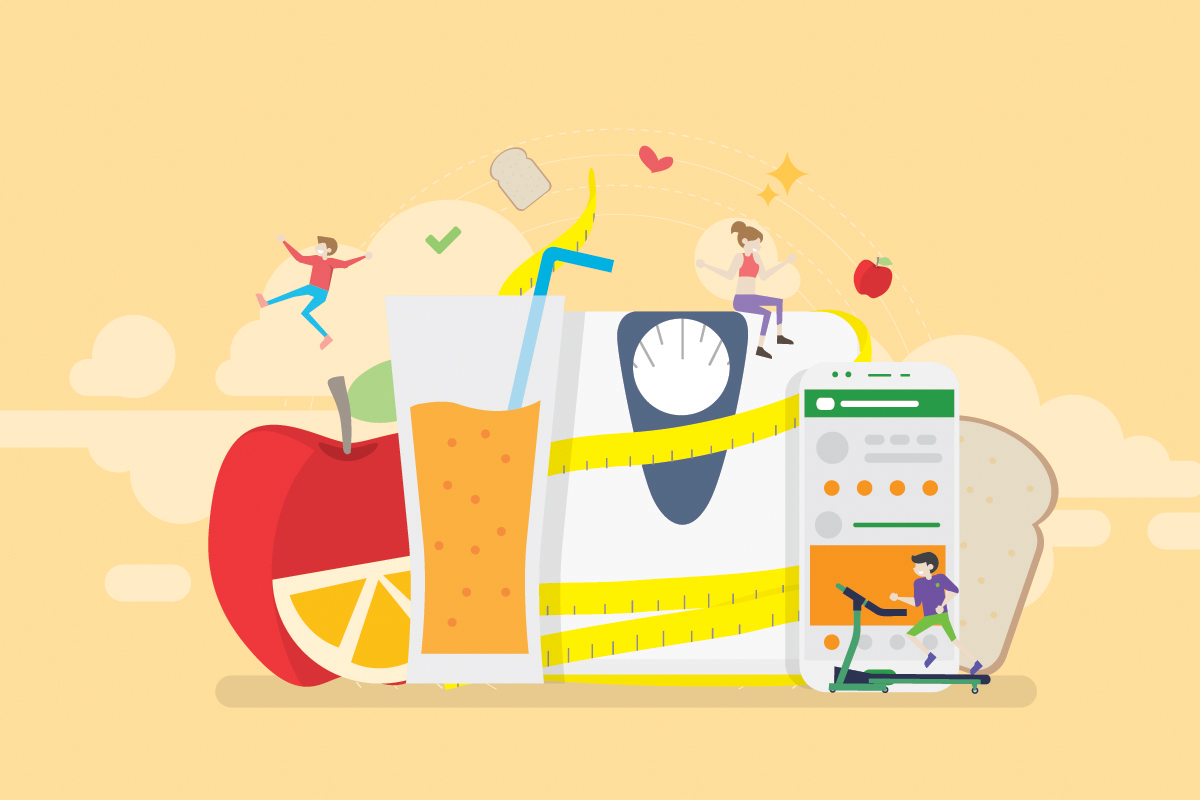 Unfortunately, the diet industry knows this all too well. Every year people start diets that promise the world, only to find they’re too restrictive to be a genuine lifestyle change for weight loss that lasts.To help you figure out how best to start the new year’s health resolution, here’s an overview of the most popular diets so you can see how they work. Top tip: don’t miss the final verdict for the best diet overall!

What is it? Keto is short for ‘ketogenic’, where you restrict carbohydrate intake to force the body to use fat as an energy source, rather than glucose (which is most easily taken from carbs).

How does it work? Essentially, people doing keto are eating fewer calories overall because they are restricting many high-carbohydrate foods, such as pasta, rice and bread, as well as the usual treats like chocolate and cakes.

What is it? The Cambridge 1:1 diet is a prescribed diet plan where you replace meals with shakes and bars, and then start to introduce some of their other products, like ready meals, before cooking more yourself.

How does it work? The products and then the meals you cook yourself are calorie-controlled, so you consume a low number of calories overall to ensure weight loss.

What is it? Previously known as Weight Watchers, WW is calorie-counting simplified into points with three different plans based on how many calories, or points, you should have each day. There are also ‘ZeroPoints’ foods that you can eat any amount of, such as most vegetables. There’s a group element that makes it popular for peer support and accountability.

How does it work? Controlling calories, whilst promoting intake of vegetables and various other healthy foods that are generally hard to overeat in terms of their caloric content.

What is it? Like WW, Slimming World is known for its group support. It also has foods you can eat a lot of called ‘Healthy Extras’. Instead of calories or points, you count ‘syns’, which are based on the caloric content of foods.

How does it work? You count the calories, or syns in this case, just like with the others, and eat more of the most nutritious foods that are the ‘Healthy Extras’.

What is it? Noom claims to be a lifestyle change rather than a diet because the focus of the app is on habit and behaviour change. It includes a Cognitive Behavioural Therapy element in trying to get you to understand what’s going on psychologically that is helping or hindering your weight loss.

How does it work? The app calculates a daily limit of calories for you based on some basic personal information. There’s a traffic light system to help you understand the caloric density of foods (i.e., how much energy they have) so you can eat more of the low-calorie foods and less of those that have more calories.

What is it? Unlike the other diets above, intermittent fasting does not necessarily involve counting calories, although it can. It’s an eating pattern where you have times to eat, and times when you don’t (longer than our usual nighttime fast of right to 12 hours). Examples include the 16/8 method (eating within an eight-hour window only); the 5:3 diet (eating only 500-600 calories on two non-consecutive days a week and ‘normally’ the other five); and ‘Eat-Stop-Eat’ (doing two 24-hour fasts each week from dinner to dinner).

How does it work? People often cite research to make lots of claims about intermittent fasting; however, the only thing we can definitely say from research into how effective it is for weight loss is that when people eat less overall (because they are restricting the time windows in which they eat), they lose weight. It’s not because of a biological process connected to the specific timings, although more robust research will be interesting in this area.

Is it as simple as counting calories?

You’ll have noticed a theme by now in how they all work - counting calories and eating less than you did before. The problem is,research has proven over and over that successful weight loss is not as simple as calories in, calories out.

Technically, that’s what happens, but food is psychological and social too. If you love food, or have a difficult relationship with it, restrictive dieting is going to feel miserable - especially when the weight loss plateaus, as it inevitably will at some point, as your body adjusts to your new intake levels.

In addition, the most popular diets all introduce very low-calorie limits, which are just unsustainable. They lead to the fastest weight loss, which gives them publicity and some great before/ afters, but you won’t be able to keep that up - not because of a lack of discipline or willpower, but because your body will resist drastic weight loss because it’s a threat (evolutionarily-speaking). Your brain makes sure you feel hungrier, search for food wherever you can, and limit any unnecessary movement to deal with the lower number of calories, or energy, coming in.

So, if these diets are too restrictive to work long-term, which diet should you do?

The slow, sustainable one. Sorry, not sexy at all, is it? The best diet is the one where you eat as many calories as possible while still losing weight. The one that means you can eat any food, any time and that freedom will mean you don’t go through the ups and downs of dieting or the constant calorie-counting. It means you can stay consistent, and consistency wins every time for lifestyle changes.

Don’t be fooled by the marketing - anything restrictive that involves meal plans, points, calorie counting all the time (not just for a short period at the beginning) or foods you’re ‘not allowed’ to eat will not work for you long-term. Even worse, you’re actually likely to weigh more after you rebound from a restrictive diet than you did before.

Let this be the year you take the whole year for your healthy lifestyle change so that it lasts, and feels good.

Kimberley is a Registered Associate Nutritionist who offers personalised nutrition guidance that is evidence-based, caring and realistic. She specialises in weight loss programmes designed to help you make genuine, long-term healthy lifestyle changes that lead to sustainable weight loss. Check out her website for more info!

Find a nutritionist dealing with Obesity 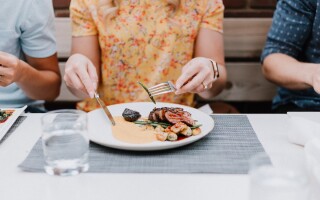