Inflammation is the result of a process by which the body's white blood cells and substances they produce try and protect us from infection by foreign organisms, such as bacteria and viruses. It is the body’s defence system and is known as the immune system.

There is also a type of inflammation called autoimmunity. Here, the body's immune system triggers an inflammatory response when there are no foreign invaders to fight off. In these cases, the body's normally protective immune system causes damage to its own tissues. The body responds as if normal tissues are infected, or somehow abnormal. If this persists, the auto-immune process ends up damaging the tissue it perceives as foreign, e.g. rheumatoid arthritis.

An autoimmune disease can never be cured, but it can be put into remission. Chronic inflammation can definitely be reduced with the right diet. Much research has shown that components of foods or beverages may have anti-inflammatory effects (see later). Certain foods are pro-inflammatory and should be avoided or limited as much as possible:

There’s no surprise to which foods are pro-inflammatory as they are the foods deemed to be bad for our health in excess. These foods may also encourage weight gain, which is itself an independent risk factor for inflammation.

So, foods to eat more of as they combat inflammation are the following:

The anti-inflammatory fruits and vegetables such as blueberries, apples, and leafy greens are high in natural antioxidants and polyphenol which the plant produces to protect itself from bugs etc. Studies have also shown that a daily handful of nuts reduces heart disease and diabetes risk and helps fight obesity and reduces markers of inflammation. Coffee and tea, which contains polyphenols and other anti-inflammatory compounds, may protect against inflammation, as well.

There has been much spoken about the benefits of the Mediterranean diet and indeed it embraces the concepts of the anti-inflammatory diet: it is high in fruits, vegetables, nuts, whole grains, fish, and healthy oils.

In addition to lowering inflammation, a more natural, less processed diet has been shown to have noticeable effects on your physical and emotional health.

As a dietitian, nutritionist and life coach I have extensive experience with clients, including in women's health, obesity and metabolic diseases such as diabetes. I am also a published author, such as ‘Dummies Guide to PCOS’ and do some media work, mostly print and radio. 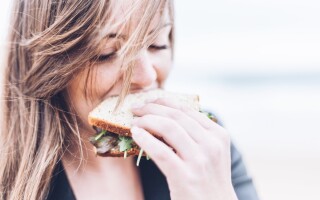