We are all fully aware that a high-salt diet is linked to an increased risk of health problems such as high blood pressure and heart disease, but new research shows it has more negative effects on our health than we realised. 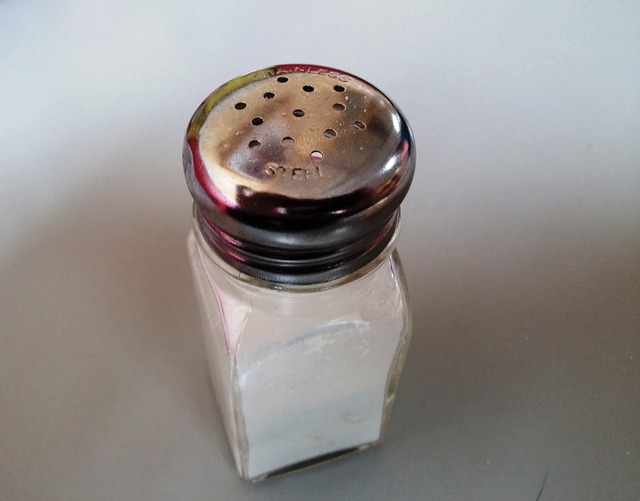 Research from Yale, Harvard and other leading institutions has found that a diet high in salt worsens symptoms of autoimmune diseases, such as rheumatoid arthritis and multiple sclerosis (MS).

This new finding has surprised experts, even those who first identified the link.

Vijay Kuchroo, a scientist studying the effect of salt on MS at Harvard University said:

“I would never have thought that this link existed. It just never occurred to me.”

Interestingly, the study could be the shining light on the mystery behind the rise in autoimmune disease worldwide over the past 30 years (between 5-7%).

Researchers have ruled out a genetic link because DNA hasn’t altered that rapidly, but environmental factors such as toxins, smoking and low levels of vitamin D have been highlighted as possible causes.

David Hafler, professor of neurology and immunobiology at Yale University believes salt could be largely responsible – especially as autoimmune diseases have increased most in westerns countries where salt consumption is quite high.

Hafler was among the first to identify the link between salt and autoimmune disease after he tested a high-salt diet on lab rats with an animal version of MS.

The results showed that the rats on a high-salt diet had ten times more TH17 cells than those on a regular diet.

They were also sicker and many of them suffered from paralysis. The rats on a regular diet were more mobile.

Hafler then moved on to human immune cells. He found that exposure to high levels of salt triggered major increases in inflammatory cells.

Another study highlighting this link was carried out at Harvard Medical School and the Raul Carrea Institute for Neurological Research in Argentina.

Scientists examined salt consumption in 122 patients with MS and found that those eating a high-salt diet were four times more likely to develop serious problems than those who had little salt in their diets.

While this is strong evidence, experts are quick to add that not everyone risks immune overdrive from consuming a diet high in salt. Furthermore, salt is very likely to be just one of several factors linked to rising rates of autoimmune disease.

“If I had an autoimmune disease, I would definitely cut down on salt,” he said. “There’s really no downside. It’s hard to argue against a low-salt diet.”