Obesity could count as a disability, say EU courts

The European Court of Justice has ruled that some circumstances of obesity can now count as a disability.

Judges claim that while obesity itself is not a disability, they recognise that in some circumstances it can be so severe that it causes long-term impairment.

Therefore, individuals who struggle with “full and effective participation” in their professional life due to being overweight can now be protected by disability legislation.

This ruling – which is binding across the whole of the EU – follows the court case of a male childminder in Denmark who claims he was sacked for being too fat.

Weighing around 25 stone, Karsten Kaltoft brought a discrimination case against Billund local authority, his employer of 15 years, after he was sacked four years ago.

Although the authority claim he was let go due to a fall in the number of children, Kaltoft claims it was because of his size.

Speaking to the BBC he stressed that despite being overweight, he is still fully able to look after children and do his job properly.

He said: “I can sit on the floor and play with them, I have no problems like that.

“I don’t see myself as disabled. It’s not OK just to fire a person because they’re fat, if they’re doing their job properly.”

Following the EU ruling, the Danish courts will now have to assess Mr Kaltoft’s weight to see if his case can be classed as a disability.

There is however widespread disagreement about whether overweight people should be entitled to disability rights, and Jane Deville Almond, the chairwoman of the British Obesity Society is among those not in favour.

She told the BBC: “I think the downside would be that if employers suddenly have to start ensuring that they’ve got wider seats, larger tables, more parking spaces for people who are obese, I think then we’re just making the situation worse.

“[It is] implying that people have no control over the condition, rather than something that can be greatly improved by changing behaviour.”

Currently one in four people in the UK are obese, and it is an increasingly common problem fuelled by the modern lifestyle of eating excessive amounts of cheap, high-calorie foods and lack of physical activity.

Losing weight is crucial for preventing the development of associated health risks including diabetes, heart disease and some types of cancer. 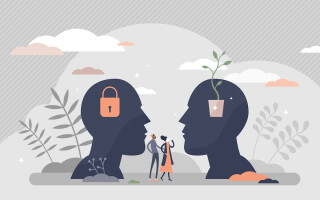