Obesity is a rapidly growing problem globally, but one simple new additive could change this. 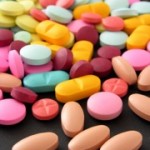 Scientists have created IPE (inulin-proprionate ester) which contains a key appetite-suppressing ingredient that makes the body feel more full after food is eaten.

This vital ingredient is propionate – a natural compound produced in the gut when dietary fibre is fermented by bacteria.

Propionate works by stimulating the release of gut hormones that are responsible for appetite, but scientists discovered that large amounts of fibre – up to 10 times higher than the recommended 10 grams a day – are needed to generate a strong suppressant effect.

Professor Gary Frost of Imperial College London, said: “We wanted to find a more efficient way to deliver proprionate to the gut.”

Unfortunately, as Frost explained, propionate on its own “tastes absolutely foul” so he and his fellow researchers fused the molecule with the soluble dietary fibre, inulin to form the additive, IPE.

Researchers claim taking the additive regularly will ensure the best effects on appetite, and they hope, following further tests, it will be incorporated into everyday foods.

“This small, proof-of-principle study shows encouraging signs that supplementing one’s diet with the ingredient we’ve developed prevents weight gain in overweight people. You need to eat it regularly to have an effect.

“We’re exploring what kinds of foods it could be added to, but something like bread or fruit smoothies might work well.”

There is also hope that the additive will replace controversial slimming pills which are becoming an increasingly popular means of weight-loss.

Professor Frost emphasised, however, that the core aim of this research and development of IPE is not for weight-loss, “but at preventing people from gaining weight and becoming fat.”

He added: “In the long term this particular food ingredient may well prevent weight gain and so has the potential to be an important public-health tool.” 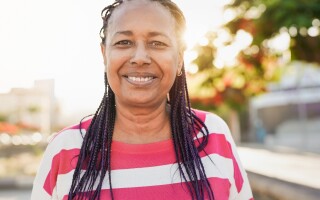