Back in 2012 the United Nations World Assembly advocated a health goal for 2025: to reduce any avoidable deaths from non-communicable diseases by 25%. Such diseases include cardiovascular disease, diabetes and cancer – which kill an estimated 34 million each year. 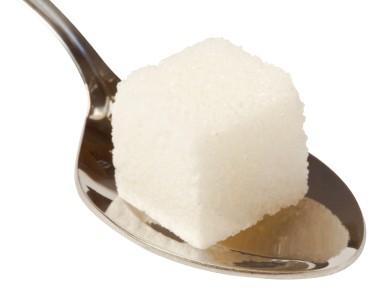 The UN identified alcohol, tobacco and poor diet as key risk factors. So far the first two have been regulated by governments to protect public health – even though poor diet is responsible for more disease than alcohol, smoking and inactivity combined.

Noting that diet should be our first priority, the next step is identifying which component in particular should be targeted. An overwhelming amount of evidence has pointed to one culprit above all others… sugar.

Unlike fat, refined sugar doesn’t offer any nutritional value. Sugar is added to the majority of processed foods in the UK, however most consumers are unaware just how much is added. Perhaps even more worrying is the fact that the guideline daily amounts for sugar in the UK and Europe have not been updated since 2003 and still say that we can consume 22 teaspoons of the sweet stuff every day.

Recently the World Health Organisation has been advised that added sugar should constitute no more that 5% of energy, limiting men to eight teaspoons a day and women six teaspoons a day. It is important to note that these guidelines would include sugars from sources such as fruit juice and honey.

The industry seems to sadly remain in denial. The director of regulation at the Food and Drink Federation, Barbara Gallani, has already made a statement of resistance, denying that sugar has a role in obesity despite a multitude of studies to the contrary. Such statements have reminded campaigners of the tobacco industry, and the 50-year long struggle from when the first scientific study made a link between smoking and lung cancer to the governmental regulation.

With this in mind, it is easy to see where the comparisons between sugar and tobacco have been made. Just like one cigarette won’t kill you, one teaspoon of sugar will have little effect. The problem occurs over time when a life-long habit can prove fatal.