The news comes from researchers at Glasgow University, who say these meals should be labelled as ‘damaging’ due to their shockingly unhealthy ingredients. 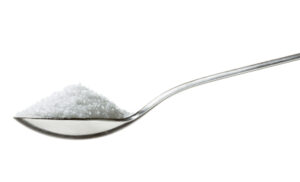 They might promise gourmet food in less than five minutes, but supermarket ‘luxury range’ ready meals can contain up to twice as much fat, sugar and salt as their cheaper counterparts

Mike Lean, chair of human nutrition at Glasgow University, said: “A meal that contains 140% of GDA contains the amount that should be spread over at least five meals, more than a day’s food. That is shocking.”

He claimed that politicians and consumer organisations should be rallying together to demand that supermarkets change their ‘luxury range’ labelling to ‘damaging’.

Sainsbury’s has defended itself by insisting it advocates healthy eating by being the first to introduce traffic light labelling showing salt, sugar and fat content.

An Asda spokesman has said its ‘extra special’ range is indulgent by nature, setting it apart from their healthier ranges which contain far lower levels of fat, salt and sugar.