Vegetarians may be hardwired to avoid meat 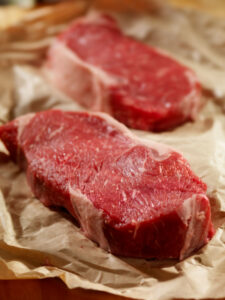 The smell of sizzling bacon on Monday morning isn’t as mouth-watering to some as it is to others. In fact – many people find it distinctly off-putting.

Now researchers from Duke University Medical Centre claim that people who don’t like meat are actually genetically predisposed to smell and taste it more intensely.

The scientists, who worked closely with researchers in Norway, found that 70% of people have two copies of a gene linked with a particular odour receptor believed to detect the compound found in male mammals known as androstenone, common in pork.

Results showed that people with one or no functional copies of this particular gene were able to tolerate the scent of androstenone more than those who had two copies.

Dr Hiroaki Matsunami, professor of molecular genetics and microbiology, said: “I would also like to know about odour receptor variants in indigenous populations, such as people who live near the Arctic Circle and who never eat these meats. What is their genotype?”

The evidence does suggest that vegetarianism may be genetic but Dr Matsunami believes this idea needs more scientific study.

Vegetarians choose to avoid meat for a number of reasons besides not liking it, including being against the killing of animals for consumption for moral and environmental reasons, as well as believing eating meat is bad for health.

Meat is a fantastic source of protein but there are many good alternatives, including nuts, fish and meat-substitutes such as macro-protein and tofu. Explore our page on Healthy Eating to find out more.

View and comment on the original Telegraph article or begin your search for a nutritionist now. 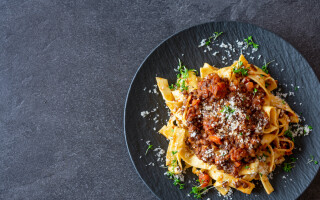 Family time is precious. Whether you’re stopping a toddler from peeling the wallpaper off the walls...

If you've exhausted your supply of plant-based recipes, we’ve got just the thing for you with three brand...