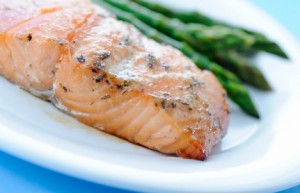 It may be the last place you expect to be served a gastronomical extravaganza, but food buffs in Cardiff could soon be able visit their local prison for a slap up meal cooked by prisoners (but not before they have gone through a security clearance).

If the eaterie is given the green light from planners, Clink Charity will help convicts to gain qualifications that could help them upon their release.

Clink restaurant scheme was set up by chef Alberto Crisci in a bid to help reduce re-offending rates of ex-prisoners by providing them with NVQ and BIC qualifications that could help them to find work in hospitality upon their release.

Cardiff council have received the application to turn the jail’s former visitor centre into a restaurant – in which prisoners would not just work as chefs but also as waiters and cleaners.

The meals would be three courses, all created from fresh Welsh produce grown at an organic farm in Monmouthshire.

The restaurant would also act as a space in which prisoners with other talents and interests can showcase their skills – as the dining furniture used will be manufactured by prisoners, as will the artwork and poetry which is to be displayed on the walls.

Search for a nutritionist that can help with Healthy Eating

What is a plant-based diet?

With celebrities, athletes, and even some political figures going vegan, it is worth exploring how we as...

Is Veganuary a fad, or should I give it a try?

‘New year, new you’ is a sentiment that fills headlines and articles across the holiday season, yet for many of...