or try our advanced search
Nutrition and mental health

Coffee may help to stave off depression, say scientists

Though coffee lovers shouldn’t be rejoicing and bulk buying just yet, the latest research has suggested that women who drink two or more cups of coffee on a daily basis are less likely to be depressed.

A study conducted by the Harvard Medical School team involving over 50,000 US female nurses who were tracked from 1996 to 2006, has revealed that those who drank four or more cups of coffee each day reduced their risk of depression by 20%.

In the same time period, 2,600 of the women involved in the study developed depression.

In addition to the above findings, it was also revealed that coffee drinkers were more likely to drink alcohol and smoke, and were less likely to be overweight, have high blood pressure or diabetes and were also less likely to be involved in community groups and volunteering.

As it stands there is no clear reason as to why coffee may have this effect, though the authors of the study believe it may be related to caffeine altering the chemistry of the brain and playing a key role in enhancing energy and feelings of well-being.

Another theory held by experts was that individuals with low mood made a conscious decision not to drink coffee or beverages containing caffeine because one of the most common symptoms of depression is sleep disturbance, which caffeine can worsen, as it is a stimulant.

Though much more research is needed before coffee drinking is encouraged for individuals who are depressed, the findings are reassuring for those who can’t get through the day without their coffee fix. 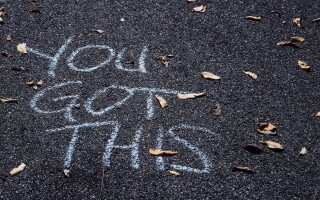 Do you have an antidote to stress?

What is stress? By definition, stress can be physical or emotional and may have some environmental components too....