A new application or ‘app’ that can be used on mobile devices has been launched to in the US that will allow consumers to compare nutritional information at their local shops. The app has been designed for people who spend time counting calories and reading the nutritional labels to let them compare products against each other quickly.

After searching for the brand or product the app can immediately compare items looking at five different factors, including cholesterol, carbohydrates, calories, fat and protein, before highlighting the winning brand. Consumers can also compare items based on a single serving size, which is equivalent to a 100-gram measurement.

There are more than 100,000 products featured in the app, with the huge database holding all the nutritional facts about popular brands such as Coke, Pepsi and Oreo’s. Overall, 15,000 brands and 5,000 different manufacturers have there information detailed. Results can also be shared on Facebook through the app.

One other app, Nutrition Facts, also allows users to look for nutritional information on the food items from popular brands such as Coca-Cola and Hershey Foods, and has recently expanded into the world of fast food restaurants, with data held on items served at global giants McDonald’s, KFC, Burger King and Pizza Hut.

In the UK, a voluntary Government backed scheme has been launched, encouraging companies to print their nutritional information on its menus. McDonald’s, Burger King, KFC and Pizza Hut are amongst those who have supported the initiative. However, a number of high street giants do not include this information, including Subway, Domino’s Pizza and Nando’s.

Which? Executive director Richard Lloyd has said, “If calorie-labelling cannot be achieved on a voluntary basis, we want the Government to make it a legal requirement.” Evidence from New York where this practice does happen, suggest that people have changed their eating habits thanks to the rules.

We see 'no refined sugar' frequently boasted about on the packets of our favourite 'healthy' food products, but... 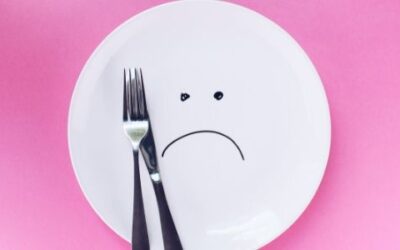 When it comes to food and nutrition, it can feel like we’re constantly getting mixed messages. Is a small glass of...