or try our advanced search
Anaemia

There is a growing anaemia problem amongst the children of Egypt, especially those living in poorer areas or slum districts. The problem is triggered mainly through an iron deficiency in the diet, particularly affecting malnourished children who suffer symptoms including drowsiness, dizziness, weakness and fatigue.

Children living in deprived areas often have a poor diet, because their families are unable to afford meat and vegetables. In addition, levels of high pollution in some areas of Egypt’s cities have been linked to weakening the immune system.

Over $2 billion is spent every year by the Egyptian government, to supply poor families with cheap bread, but the scheme is still failing to provide the essential vitamins and minerals that children need in their diet.

Figures from the National Nutrition Institute (NNI) revealed that the rate of iron deficiency anaemia that was recorded in children in 2010 was 46 per cent. This number had risen to 51 per cent this year and called on the government to take more action to respond to the growing problem.

With help from the United Nations Children’s Agency (UNICEF), the NNI has started to implement a programme that will give schoolchildren biscuits that have iron and folic acid in them.

The Egyptian authorities have also agreed to supply fortified bread flour after tests showed that it had no effect on the colour or taste of the bread they produce for deprived families. Extending fortification in bread across the country is set to cost over $10 million, but the government seem determined to press ahead with plans and even supply special mixing machines to bakeries.

This action comes as a growing number of health experts focus on the issues of nutritional deficiencies in children, as there is a much bigger recognition that nutrition-deficient children contract more diseases and achieve lower educational standards.

Share this article with a friend
Article Tags
Anaemia Malnutrition

Search for a nutritionist that can help with Anaemia

Why am I tired all the time?

You’re not just feeling a bit tired, you feel tired all the time. Here we discuss some of the reasons your...

Why everyone could benefit from taking a multivitamin

In an ideal world we would get all the nutrition we need from a healthy diet; after all, our grandparents did.... 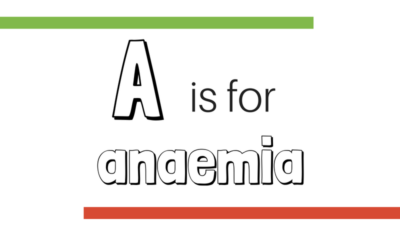 A to Z of Nutrition: A is for anaemia

Whether you’ve just been diagnosed, or you know someone who’s been living with anaemia for years and want to know...