It may be difficult to imagine tucking into some seaweed alongside your sunday roast, but according to a major study it contains a key ingredient which could help to lower blood pressure.

Bioactive peptides are chemicals which have a similar effect to ACE inhibitor drugs, which are commonly used to lower blood pressure and to help prevent strokes and heart attacks.

Though seaweed is not a staple food in the UK, it has been present in Japanese diets for centuries and is used even now on a regular basis for cooking miso soup, sushi and other popular dishes.

Dr Maria Hayes from the Teagasc Food Research Centre in Dublin has said that macroalgae is a previously undiscovered source of healthy ingredients.

The researchers are now calling for more effort in exploiting the bioactive compounds present in seaweed.

‘The variety of macroalga species and the environments in which they are found and their ease of cultivation make macroalgae a relatively untapped source of new bioactive compounds, and more efforts are needed to fully exploit their potential for use and delivery to consumers in food products.’ Said researchers.

Search for a nutritionist that can help with High Blood Pressure 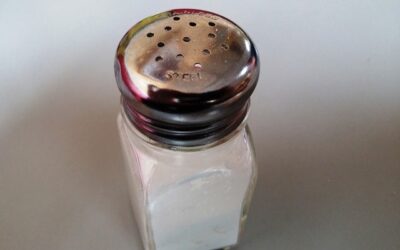 We are all fully aware that a high-salt diet is linked to an increased risk of health problems such as high blood...